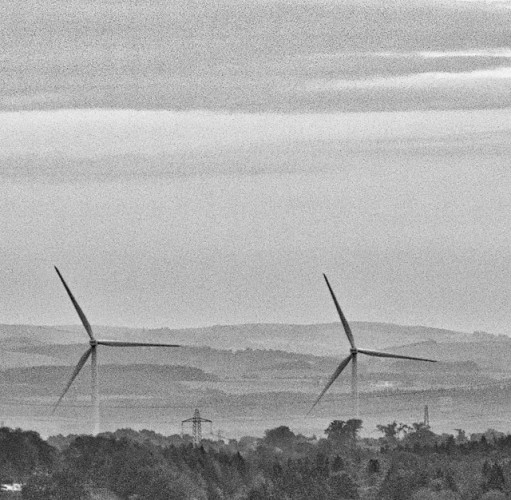 Sooo.  Last night the circuit breaker on the electricity consumer unit tripped, nearly causing a major catastrophe.  We nearly didn’t find out who was dropped out of Strictly!  Luckily, we managed to throw the switch and get the Tivo™ box up and running again before the big reveal.  However, this is the third or fourth time the electricity has tripped recently and we’ve pinned it down to something in the kitchen that’s doing the dirty.  Best guess is the kettle, which poses another problem.  You see, I fitted the socket the kettle is connected to!  So it’s either the kettle or my handiwork.  I think it’s the kettle itself, but I’m willing to believe it could be the socket.  Simplest thing to do is replace the kettle and that was my plan today.  As usual, I got sidetracked when looking for something as simple as a kettle.  We mostly use the kettle for making tea (for me) hot water (for Scamp) and coffee (for both of us.  All cup or mug sized quantities.  When I was looking, a hot water dispenser caught my eye.  It has a reservoir that holds about 2.5 litres of water and dispenses it as max 250ml of freshly boiled water.  It seemed to fit the specification, and even better, it’s a Gadget.  I just love gadgets.  That’s why I drove to Argos at Robroyston to collect one.  Scamp was unimpressed.  Well, what would you expect, she’s a pragmatist.  Why buy a water boiler when we needed a kettle?  I take her point, but if we all thought that way, we’d still be driving around in black cars with solid wheels.  We must embrace progress.  That’s my motto.  Progress and Gadgets.  I didn’t tell Scamp that I also saw a WiFi controlled kettle.  That would definitely have been a step too far.  I also got a socket tester while I was out and checked the kettle socket.  It passed with flying colours.  So it was the kettle after all.

Since it was Monday and that’s Gems day at our house, I made myself scarce and went to do the Gym / Swim.  That’s where I took today’s epic photo from.  That was sarcasm.  It’s not the best photo in the world, not by a long way, but it gave me a chance for a small rant against wind farms.  These blights on the landscape are great propaganda weapons.
They are usually painted white (white means clean, pure, untouched).
Sometimes the columns are painted green at the bottom (green means natural, balance, harmony).
Really, they do very little.  You’d need thousands of them to generate the same amount of energy as a decent sized coal-fired power station.  Also, it’s called “free” energy.  It’s many things, but free isn’t one of them.  There’s the initial cost for one thing.  The cost of maintenance.  The lack of efficiency.  The cost of replacement, and finally and the cost to the tourism marked for the loss of revenue from these eyesores.  The only good result I’ve seen from them is the annoyance they’ve been to Donald Trump.  That was an off-shore wind farm, so there is not the same scenic impact, but still the same maintenance and replacement cost.  If we want “free” energy, why don’t we use wave power?  Simple.  It’s not seen.  Wave power generators are sub-sea.  You don’t know they are there.  You see the wind turbines turning, so you are fooled into thinking they are efficient, clean, free and an efficient way of making energy.  There are other, as yet untapped methods of generating energy, as described here.There, that’s the rant finished for now.

Salsa at night, but we only stayed for our own class.  We’d both had enough by then.

So, how would a WiFi kettle work?  I must look into that.