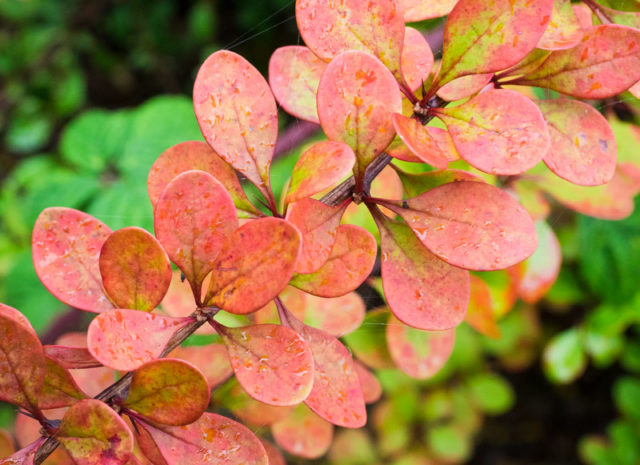 Woke to rain and hope JIC and Sim were having better weather for their 10k.

It continued to rain all morning, but by early afternoon there was the odd glimpse of sunshine. Not enough to tempt me out to take some foties, but there was the prospect of a dry hour later in the day. 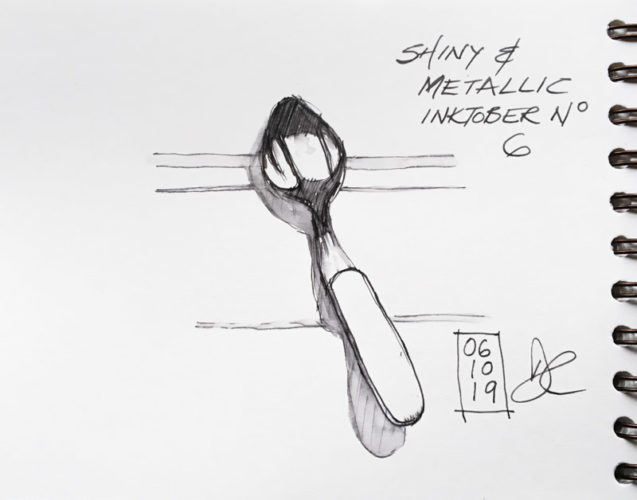 I did manage to get a sketch done, though. After some soul searching I’d decided to rebel against the ‘Official’ Inktober prompts as being too vague and open ended, airy fairy even. However I still liked the idea of a prompt list, so I used a list for Every Day In May (EDiM) which I’d truncated to 30 topics and intended using for June (EDiJ), but then the trip to Wales made that impractical, so it’s languished on one of the wallpapers of the iMac. It was simplicity itself to chop the first five days off the list then add one on to the end to achieve the full quota of days. Yes, I know there are simpler ways to do it, but this one worked for me. That meant that today was “Something metallic and shiny”. I looked like I’d fallen into the trap I was trying to avoid, then I found the teaspoon drying on the draining board. It was metallic and shiny, and so today’s Inktober sketch was born.

With one in the bag, and the rain going off, I took my camera bag and walked around St Mo’s for a while and found today’s PoD. Actually I found it walking to St Mo’s rather than in the park. I was fed up taking dull autumn shots and set myself the task of shooting something colourful and the Berberis leaves were certainly that. Brightened up my mood too. I got a few other shots in St Mo’s, but the berberis was easily the winner of PoD.

When I came home I made some soup under Scam’s careful tutelage. I’ve made soup before, of course, but this was broth and made with a leek, a few carrots and a handful of broth mix. I’m a time and temperature person. I like to measure things accurately so that I can replicate them. Soup making by Scamp’s method (and my mum’s) is nothing like that. It’s “about that amount of water” and “just a pinch of this”. Very different to my careful weighing and reading the meniscus of water in a measuring jug. However, it worked, as I knew it would.

With the PoD done, the sketch also online and a plate of good soup in us we were ready to go dancing. A new venue tonight was Revolution in Mitchell Street. Big dance floor, but everywhere was just oh, so sticky. Once Shannon had dusted it with copious amounts of talc it was useable. Unfortunately we’d chosen to sit right under a speaker and by the time the music started properly, there were no other seats left. We’ll choose more wisely next time.

Back to have a baked potato each with Lamb Rack (for me) and Salmon Fillet (for Scamp). Not a bad day.

Spoke to JIC and found out the 10k had gone well with both of them achieving good times, but I think Scamp was disappointed that although Sim was ready for a Half Marathon, JIC wasn’t that keen.  Best to know your limits is my tuppence worth.  Know how far to push it but no further.

Tomorrow I’m intending going to see how much a pair of front tyres will cost me at Jim Dickson’s in the Village and try to get tomorrow’s sketch of “A Stone” done fairly early.