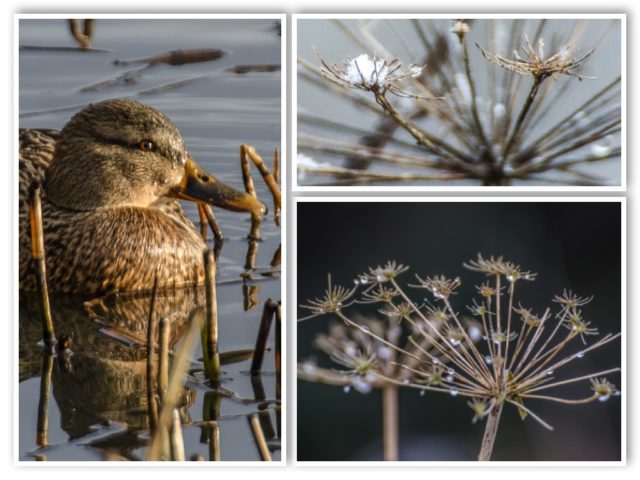 Today dawned with snow on the ground.  Within fifteen minutes, there was snow in  the air too, but no time to gaze admiringly at it.  We had to be showered, breakfasted and on our way to Wishaw General Hospital ASAP.

Tried driving the M73 on to the M74, but it was gridlocked, so change of plan Nº 1.  I’d come off at the M8 intersection and take the M73 back to Cumbersheugh and thence through Airdrie – a nightmare at this time of the morning with the school run in full swing, but at least the traffic would be moving.  Change of plan Nº 2.  The M8 looked clear and running well, so round the roundabout and on to it.  At the very least, we were heading east (the right direction).  The rest of the journey was without incident.

Arrived at the hospital to find that the computer hub was down and nobody could access patients’ notes.  However, we were seen within minutes and twenty minutes later Scamp was ‘under the knife’ so to speak.  After the procedure was complete, we drove home unfortunately squashing a fox on the way.  Poor thing had no chance, and I had no chance to avoid it.  Such a shame.

By the time we got home, the sky was blue once again and I managed a walk across to St Mo’s.  Not a lot of interest to photograph, but I liked the water drops on the cow parsley.  Where would I be without cow parsley?  The female mallard seemed to be paddling around in a dream and I got quite a few shots of it.  By the time I was coming home,  the blue sky was gone and the snow had started again.

Tonight there hasn’t been any more snow but it was freezing hard the last time I was out.  More snow and wind forecast for tomorrow.