Not a day for going out 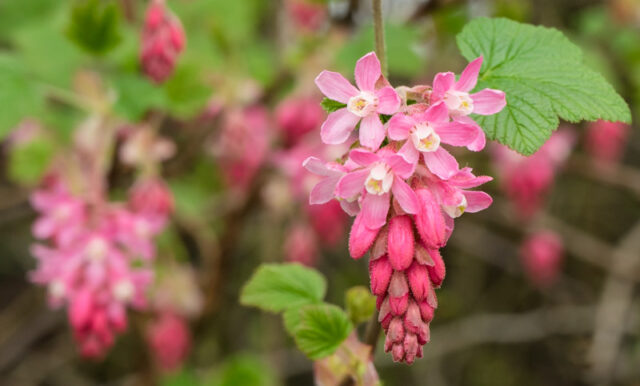 I knew there were things I should do, but it was cold outside, in fact it hardly rose above 7º all day. In the morning I gave in to the lethargy and made the excuse that I was catching up on things I had to do in the house, but I knew that was a lie. Eventually I dragged myself and the potting table out into the garden to plant two pots of chillies. One pot of Birds Eye and one pot of Jalapeños. Then there was the basil.

I’d bought the basil from M&S or Tesco, I can’t remember which, but that doesn’t really matter, does it? They’re all probably grown in the same nursery, or more likely these days, the same factory. Anyway, it’s been producing a lot of greenery for pasta and pizzas since I bought it and is having to be watered every second day instead of once a week as it was at the start. That means it’s probably ‘pot bound’ which means its roots have used up all the food in the meagre soil it was planted in and it’s starting to strangle itself in its small pot. I released it from its prison and planted it in a bigger pot with more room for expansion. I was using peat-less compost. If you really look at this stuff, you’ll wonder what exactly is in it. It seem to be mostly stuff that comes out of the hoover bag when it gets tipped in the bin. It’s about 50% grit and sand with a few bits of chopped up organic material and some coconut fibre added for good luck. I hope the basil likes it, because we’re doing our best to preserve the peat bogs and that’s why we’re paying good money for what looks like the stuff that comes out of Dyson once the carpets have had a good going over.

After a lunch of a piece ’n’ sausage for me and a piece ’n’ egg for Scamp, we went for a walk round St Mo’s. You could actually feel that the 7º was before the subtraction for windchill. It was freezing. Of course Scamp didn’t feel it. Only one tribe was out today. Some of the braves were standing around on a mucky path drinking firewater (Buckfast). The oldest was about 16. The youngest about 11. These are the people we’re going to rely on in the a few years to be paying their way to provide for our pension. I’m not feeling confident about that. Further down the path we met three squaws (I just checked the spelling there and Google says the word ‘Squaw’ is offensive! Sorry Google, but the Squaws were offensive too.)

Once round was enough today. The weather and the gathering of the tribe was off-putting and earlier I’d snapped a photo of a flowering currant with the actual flowers open, so POD was sorted.

Dinner was Prawn & Pea Risotto followed by Apple Crumble. First made by me and second made by Scamp, with an apple pie for tomorrow!

Watched the last of the Drawers Off series tonight and really was happy to see the back of it. I know it was just a bit of Channel 4 fun, but the ‘teacher’, Diane Ali has as much artistic talent as a tin of black paint. Her helpful hints are vague and sometimes contradictory. I think I’ve seen three good painters in the series the rest were only there to be on the telly. Hope it doesn’t come back.

What is back is F1 and tonight was the first qualifying race with the full race tomorrow. Lots of new names and some hopeful new faces, a few hopeless new faces and then there was Sebastian Vettel bringing up the rear. Somebody should tell him his time has come and gone.

Saw some pictures of Hazy’s new kitchen tonight. Most impressed. I hope it doesn’t put Scamp in the mood for a kitchen renovation!