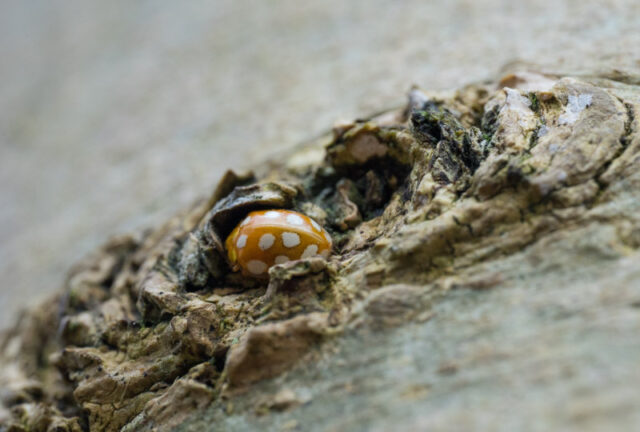 Before we got to that, there was the subject of some shearing to be done.

It didn’t take all that long to reduce my overgrown locks to a mess pile on the painting room floor.  I managed most of it myself, but had to rely on Scamp to do the tidying up at the back.  I remember one of my colleagues at work saying that his grandfather stood in front of a mirror with scissors in one hand and a small mirror in the other and cut his own hair.  His acceptance of this skill always bemused me.  He said, “Of course he was a blacksmith, so he was used to it.”  Used to what, I always asked myself.  Are all hairdressers failed blacksmiths or are all blacksmiths failed hairdressers?  Answers, as usual, on a postcard.  Anyway after the hair had been cut to my and Scamp’s satisfaction and the hair hoovered up, I started today’s Sudoku feeling much lighter.

It was a bit of a dull day.  Not really encouraging us to go out for our daily walk.  In fact it wasn’t until late in the afternoon that I took the new macro lens for a walk in St Mo’s.  I found yesterday’s orange ladybird hiding in a crevice in a tree and that made PoD.  Walked to the shops and bought some stuff for tonight’s dinner which was a rehash of Tuesday’s chilli.  Tonight’s was better, but not as hot as a chilli should be, despite the addition of more chilli paste. 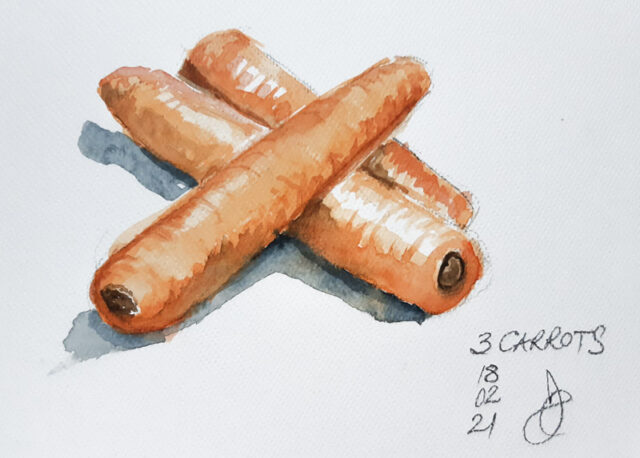 Today’s prompt was “carrots”.  Being a generous person, I gave them three carrots.  Subjects for painting should always be in odd numbered batches.  Don’t know why, but odd numbers of items are always more interesting than even numbered ones.  I eventually moved away from the sketch book and painted on cheap Flying Tiger 300gsm watercolour block.  I was happy with the 3 carrots.

Tomorrow is Friday and we’ve no plans.  Hopefully not as dull a day as today.