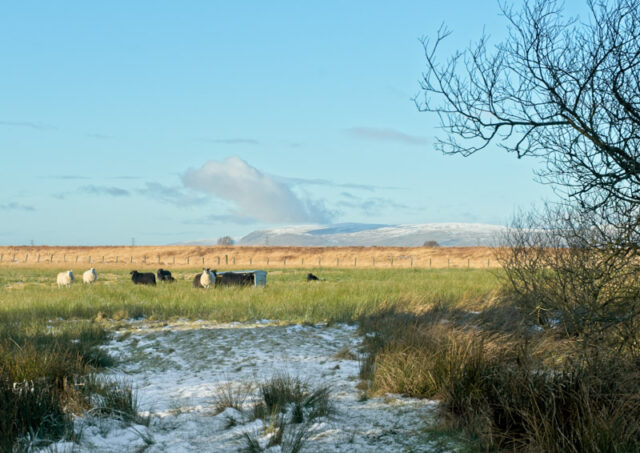 Today I was a bin man. Not for us, but for my niece, although a few of our empty bottles went along for the ride.

Our niece was having problems getting her rubbish collected and she asked me to help her out. It wasn’t really a problem. She’d done all the hard work of sorting into different bags. I was just the transport to the council skips. For once there was no queue and no need to check proof of residential status. Just an “Ok buddy. Go right in.” Shona had done a good job of sorting all the paper, cardboard, general waste and glass. All I had to do was chuck the bags in the skips, empty the paper in the bins and the cardboard into the hopper for the crusher. Then the good bit, smashing the bottles in the big steel boxed with the rubber seals over the openings. I just love that smashing sound. Someone once told me that it’s only men who have a fascination with bonfires and throwing anything into them that isn’t bolted down. The same is true with water. Women want to walk beside it. Men want to throw things into it. Apparently it’s the same with recycling centres. Men love throwing empty bottles into those boxes to hear the smash. It’s some primal instinct.

With that done I drove up to Fannyside to see The Girls. The sheep, some white, some black who live in a field up there. The last time Scamp and I were there, the sheep stood for ages, like statues, watching us. Today they were more interested in their lunch which the farmer had just served. I took their photo anyway, because I knew they expected it. Nice backdrop of the Campsie Fells and their light covering of snow with cloud shadows giving some added 3D effects. On the way back I stopped to grab a shot of an old ruined farm which, according to the OS map is Jawhill. It’s very picturesque and would be even more so if it wasn’t for those bloody wind farms behind it, two different ones. Blots on the landscape.

Stopped at Tesco on the way home for food. Veg for soup and also milk and bread. When I got home, and after lunch, Scamp went out on a foraging mission armed with her shopping voucher from the Office for National Statistics and Oxford Uni. We had decided that we’d both use half our money to buy food for the local food banks and half we’d keep. Seems only fair. She returned looking pleased with herself. Half of her first payment now gracing the food bank donation box in Tesco. My turn later in the week.

It was Burn Night tonight and it’s traditional in this house to have Haggis, Neeps (which my spellchecker doesn’t understand) and Tatties (which it does!). So that was dinner sorted. Scamp was cooking. I was footering about with today’s photos. ‘The Ladies’ won PoD as I knew they would and should.

It started snowing about an hour ago and it’s still hard at it. I expect it will be mostly gone by tomorrow because it’s forecast to turn to rain later, but then again, they might get it completely wrong. We can only wait and see. If the weather is decent we might go for a walk.