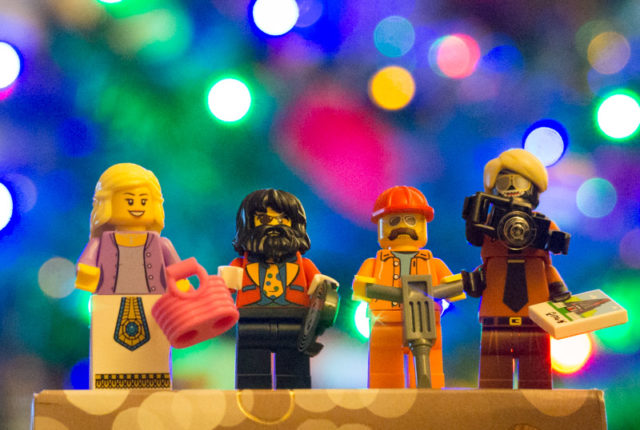 It was with a great deal of pleasure that we noted it was raining this morning. Snow is nice for a while. Ice can be pretty too, but there comes a time when I’ve had enough of it and a return to the dull colours of winter are more relaxing than the pure white of snow or the shine of ice.

We went out for a wee run in the afternoon. Hazy was resting and Neil was off on an urban safari through darkest Glasgow. Dangerous territory for the uninitiated, but he survived it and even claimed to enjoy the experience. We, on the other hand just drove to Robroyston and searched ASDA for any food leftover by the ravening hoards. There was some, but not the exact food we were looking for, so we left empty handed. We did have a coffee and a toastie in Costa, but that was the extent of our travels.

Today’s PoD was taken tonight sitting on the sofa trying to arrange the new Weemen so that they had the Christmas tree lights behind them and out of focus. This was the best shot.

Tomorrow, it’s lunch with Hazel, Neil and Auntie June. I may try to get some photos in the morning if Storm Dylan has left anything in its wake.