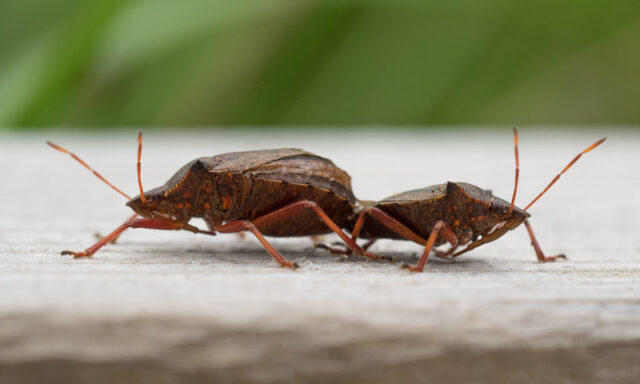 Autumn is just around the corner.

There, that’s cheered you up hasn’t it!

First things I noticed this morning were the bumps on the Habanero peppers I’ve been growing on the window ledges in the house. This looks as if it’s the first successful pollination of the habanero. I’ve tried everything to get them to fruit.
First I tried dumping them in the garden and hoping the bees would do the job for me (and sometimes forgetting to bring the plants in again at night). That didn’t seem to work
Next I tried shaking the plants vigorously to encourage to the pollen to drop from the stamen on to the stigma. Either I shook too hard and all the pollen got knocked off the flower completely or I shook too softly and the pollen stayed where it was. For whatever reason, it didn’t work.
I tried tickling the inside of the flower with a very fine paintbrush (that’s what Colin C told me to do) and although it made the flower giggle, it didn’t produce fruit.
My last attempt was to brush my finger across the ‘naughty parts’ of the flower to force fertilisation and that may finally have done the business.
It looks like the Habaneros, both of them have succeeded in producing fruit. I’d love to know which of the tricks worked its magic. Maybe it’s a combination.
So now I have two Cayennes peppers, two Jalapeños and two Habaneros. Let’s hope there’s more on the way.

We were just sitting in the living room when I heard a plane engine that sounded faintly familiar, but unusual too.  Checked on Flightradar and it was a Spitfire passing almost directly overhead and heading south.  Dived to the door but realised the trees would be in the way and by the time we got to where we might get a clear view the warplane cruising at around 200knots would be well gone.  An opportunity missed.  The sound was the engine note of a Merlin, the legendary Spitfire power unit.

After lunch we took a walk to the shops just to get the usual essentials (without the gin this time). After we got back I decided it was time to remove the wiring for the dash cam from the Red Juke. It looked so easy, but it was an absolute nightmare getting the cable out intact. Eventually I gave up and cut the cable because I knew I’d need a new one when I was ready to fit the camera in the Micra. When I’d finally removed the last bit of the cable and its “piggy back” fuse connector, I realised that the bit that was blocking the cable’s removal was actually the ferrite choke and if I’d read the instructions on fitting the cable in the first place I’d have noticed that it was possible to unclip it from the cable and then the rest would have been easily removed. Oh well, it’s done now. To contradict the usual Haynes manual statement, in this case “Removal is the reverse of assembly”. You’d be amazed at the amount of razor sharp steel there is hidden behind the facia panels of a modern car. My hands are testament to its cutting ability.

Scamp made an Apple & Bramble pie to be the pudding for tonight’s dinner of Veg Chilli (with Flatbread).  The chilli was better today, but oh, that pie was beautiful.  Our own windfall apples and a handful of brambles.  Superb!

Fairly satisfied with my work, I grabbed my camera which seems to have the 60mm macro lens welded to it these days and went for a walk in St Mo’s. Found a conducive dragonfly and a photogenic seed head, but the PoD went to a photo of two Shield Bugs making babies, or else playing Tug O’ War.

Off to Larky tomorrow with a bit of luck to get Scamp’s new contact lenses.