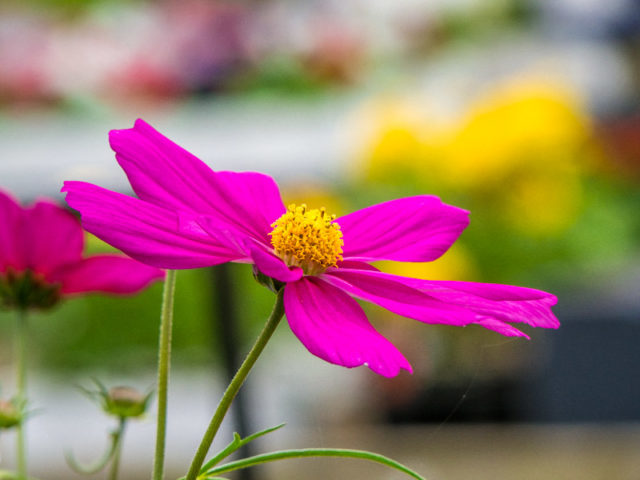 Up fairly early again, this time to go for our annual eye check in Larkhall. It about 20 miles away, but we’ve been going there for years ever since the present optician’s father had the business. When you trust someone with your sight, you stick with them.

While Scamp was undergoing the annual torture of the Visual Field Test among others, I went for a walk around Larky. Down the main street and then into Raploch street then turned into Crossgates. It was then I realised I was looking with old eyes, seeing things as they were years ago. Eyes that expected to find two old houses sitting like conjoined twins. Mirror images of each other. Built from red engineering brick with wooden barge 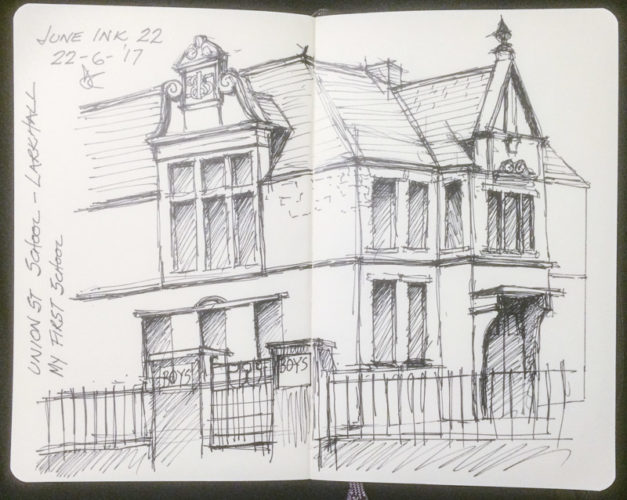 boards painted turquoise. Always turquoise. They weren’t there of course. They’d probably been torn down years ago to make room for some 21st century chicken boxes. Such a shame. I walked back to the main street, disillusioned. Sat down on a seat. Street furniture in Larky? How upmarket. Sat down and sketched Union Street School. My first school. First a primary school, then a few years later it became the Technical and Home Economics annex. It’s still a lovely building although the windows and, I presume, the doors have all been boarded up. It still stands there waiting for the bulldozers. Too expensive to maintain. Too old to turn into flats. Such a shame.

After my torture in the opticians, we drove down Clydeside. Still in the nostalgic frame of mind, we drove out and round Netherburn. It didn’t take long. Probably only about five minutes. Looking with those old eyes again we saw it as it had been thirty years ago.

Took the road down on to Clydeside proper and went looking for a coffee and a bite to eat. Found both at Silver Birch Garden Centre in Crossford. Like quite a few Scottish place names, you have to be careful where you put the emphasis. There is a Crossford in Fife where the emphasis is on the first syllable. The one on Clydeside has the emphasis on ’ford’. Quite confusing. Scamp got another plant for the garden. A vivid green Heuchera, not the flower at the top of the page.

On the way home we stopped to get some strawberries. I thought they were for eating, but Scamp had different ideas. That’s why the house smells of strawberry jam tonight. There is nothing in the world like fresh strawberry jam on fresh bread. Not fancy bread like mine, but good honest sliced bread. That’s what I’m going for tomorrow morning.