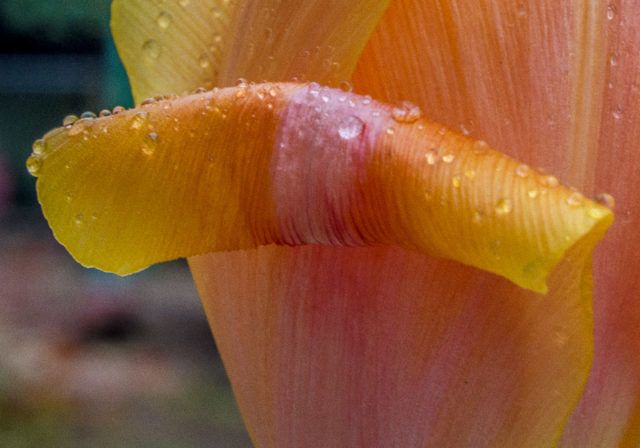 It’s a Monday and a day for tying up loose ends.

Ok, one task (part) completed. Now as Gems were gathering I made my second prototype of the tablet holder, this time from foam cored card. It was much more stable than version one. However, as I was making it I thought of a totally different and maybe better one. That’s how products should be developed. None of this investigation nonsense. It may look good on paper, but until you start modelling it, you won’t know if it’s possible without Quantum Mechanics. If in doubt search out M C Escher’s sketches. Anyway, it works.

Before Gems got into full swing, I made my escape to tick off tasks Two and Three. Booked my ‘fasting bloods test’ with the accompanying follow up review. Walked up the slippery blue slope to the library and, by returning my books, ticked off the last task. Done

With all the work done, I drove down to Dullater to walk a different bit of the Forth & Clyde canal. After a couple of hundred yards the rain came teeming down and I headed for the car after getting a few photos with the Teazer. Next stop was a little garden centre to get some veg to plant in the raised bed. Got a tray of lettuce plants for a bargain price. First time I’ve been there. I’d tell you where it was, but it’s called Teddy’ Secret Nursery and it wouldn’t be a secret if I told everyone where it was, would it? Enough to say that it is quite ‘compact and bijou’.

Going out to salsa tonight, I noticed some yellow, slippery liquid under the front of the car. I’d noticed the same liquid earlier in the afternoon, but wasn’t sure if it had been there when I parked the car last night. Twice is too much of a coincidence. Dipped my finger in the liquid and touched it to my tongue and it had that strange sweet taste of anti-freeze. Checked the radiator overflow tank and it was low. It may be ok, but I doubt it. Looks like my car will be having a wee trip to the car hospital soon. Salsa was difficult. I just couldn’t manage to do anything right. The only way to fix it is to practise, practise, practise. Tomorrow.

Today’s PoD is a macro of a tulip flower with raindrops. Taken with the Oly 5.