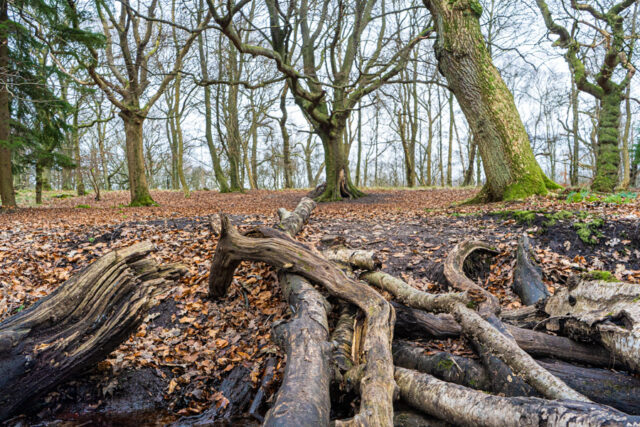 We went to Drumpellier today just for to get out the house and go somewhere different.

Not Broadwood and not St Mo’s. Just for a change we drove to Drumpellier and walked halfway round before entering the woodland. Long wide path that cuts straight through the woods. On the right there’s scrub land and on the left long grass and wilderness … and deer today. I saw only one, quite far away and then another appeared and then more until there were about seven of them. One young buck with velvet still on his antlers and I think the rest were female, hinds. By luck I’d brought the A6000 (don’t groan Jamie, I’ll keep it fairly light today). The A6000 and the long tele lens. However I forgot the snooker player’s maxim “chalk the cue before you take the shot” and took all the photos with the lens wide open. That’s not good. It was after we walked away I noticed and stopped the aperture down a couple of clicks (that’s ‘togs talk for dial in a bigger number). Next time I’ll remember … maybe.

We walked on then took the sharp left turn to the winding path through the trees that finally brings you out at the far end of the loch that seemingly almost everyone walks round ignoring the woodland with the deer and the different plantations that divide it up. On a good day with bright sunshine it’s a great place for a walk. Today it was cloudy and dull, but a walk in the fresh air is always a good thing. Especially as the eagle eyed Scamp had noticed that the cafe near the car park was open again.

So after our walk we had a coffee each. Scamp had a toasted teacake and I had a scone that crumbled away in my hands. More went on the table and the floor than in my mouth. Perhaps that’s a sign. Eat Less Cakes read the invisible sign! The coffee was no better. Scamp had a latte and I had a flat white. The only difference I could see was when she made the latte, the lady poured the hot milk in first and then the coffee. With mine it was the opposite way round. Both seemed to have the same half gallon of milk. That’s 1.893 litres in new money. Probably a slight exaggeration.

We drove home and I walked over to Condorrat to post a letter then emptied today’s photos into Flickr and perused them for an hour or so. Best of the bunch by far, and PoD was a shot, taken at the correct aperture setting, of some old waterlogged tree branches which I hope led your eye to the tree in the mid ground with the little opening at its base. Probably a fairy’s tree. A Coatbridge fairy. Not a lot of them left, I’m told.

Tonight being Burns Night we had the traditional Haggis, Neeps and Tatties. The haggis this year was a veggie one and didn’t suffer too much for being that. Lentils, mushrooms, spice and beans replaced minced unmentionable bits of a sheep.

We watched the second last episode of Around The World in 80 Days. Honestly, this serial gets better and better each week. We both agree now that we’ll read the book to see how close it is to the serial.

No plans yet for tomorrow. It looks wet in the morning, but might dry up later. Who knows.