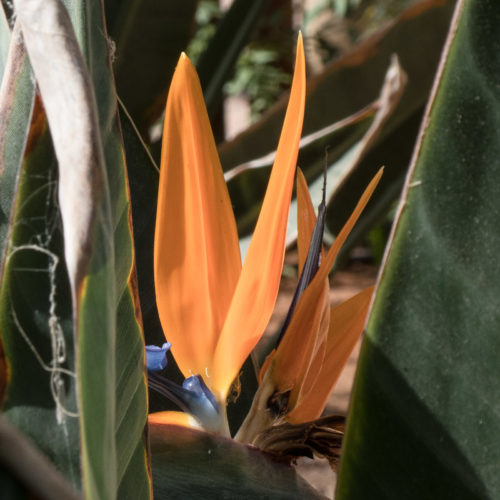 After breakfast we walked in to Caleta and had a paid-for beer. I think we must have picked one of the most expensive bars in the place. €5 for a pint and a half pint of lager. Not what I’d expected, but a lot cheaper than back home.

We hadn’t intended going much further today, so we walked back to the hotel, noting the very few changes that had been made to the town. It was still very windy, and although the wind did keep the temperature down, it wasn’t too cold. Certainly still shorts ’n’ tee shirts weather.

In the afternoon I walked out across the wilderness, almost to Museo de Sal and took some crashy wave shots. Trying to get to grips with the new 4K mode in the TZ90. It certainly has a lot more settings than the TZ70 and the results on the Mac look acceptable. Also saw a Painted Lady butterfly. Hard to believe that they fly all the way from the UK down as far as southern Spain and maybe even as far as the Canaries!

Tonight was our Italian dinner and although we had had one before, a few years ago, it was just as good. I remembered the sweet that I described as “Disgustingly Good!” It hadn’t changed. Mascarpone Cream on a Crispy Ice Cream base.

Afterwards our entertainment was a sad group of jugglers. You lose a bit of interest when one of the jugglers drops the hat she’s supposed to catch. It wasn’t totally dire, just a bit tired.

Couldn’t sit on the balcony and have our traditional G ’n’ T because that bloody wind didn’t drop much in the evening, so it was a bit of light reading with a drink after the entertainment.

Today’s PoD was a Bird of Paradise hidden among the bushes. A Bird in the Bush, Not the Hand, so to speak!

Tomorrow we’re hoping to get the bus to Puerto del Rosario.