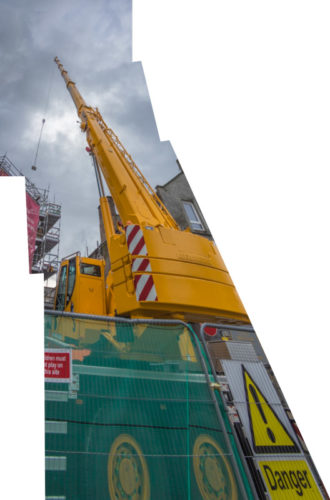 PoD is a 3 frame vertorama (vertical panorama) of a crane in Perth.