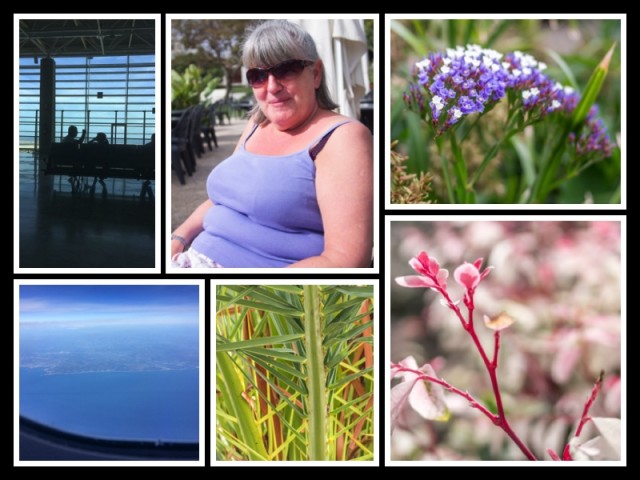 Listening to the “Passaheros” and “Condestinos” announcements while we wait in one queue after another, I’m almost tempted to stand to attention when German flights are called. German seems such an abrupt stentorian language. More a set of commands and demands than lyrical French or stiff upper lip English or even drunken Gaelic. Like the lady who informed the chef at breakfast “You vill cut up the fried eggs for me.”  A statement.  Not “Vill you … ?”, a request. Thinking along those lines, wouldn’t it be better if we used local vernacular at places like airports: “Aw right, them thits gaun tae Zurich git in the queue noo. Them thits no, jist haud yer wheesht an’ wait ’till yer telt.” Now doesn’t that have a bit more character and humour?

Anyway, for once we were called to the gate, then boarded well ahead of time and we are currently flying through the air strapped in to an armchair in an aluminium tube, heading in the general direction of Dublin. Isn’t technology wonderful?

Arrived ten minutes ahead of schedule in Glasgow. It took about 20 minutes to get through security, possibly because three planes had landed in swift succession, possibly because the much vaunted automatic Euro Passport booths weren’t working again – well, to be honest, they’ve never worked since they were brought in. It took another 20 minutes for the cases to be delivered. What’s the point of having faster and faster transport links when the infrastructure at the airports isn’t up to the job? Anyway, we were home and the weather was, as a flight attendant once said “… eh, Scottish.”