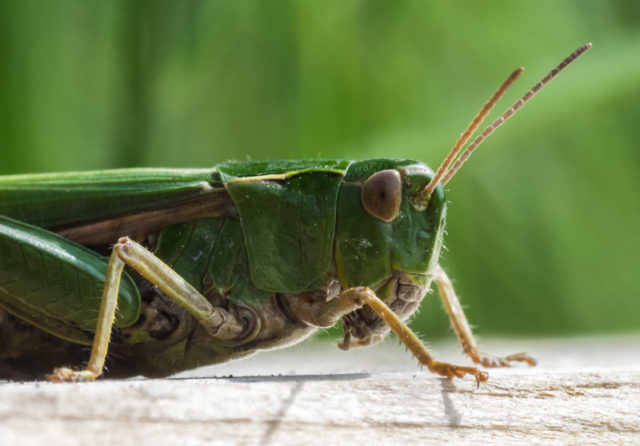 A dull start to the day with this week’s white cloud hanging over us.

Spent the morning spending money on Amazon. Nothing specific, but lots of little things that all mounted up, then there’s the inevitable delivery costs for the items that aren’t covered by the free delivery con. Eventually we agreed that it was worthwhile taking on another month or two of Prime. I just have to put a reminder in my calendar to make sure I cancel it when we’re finished spending!

After lunch I took the Oly E-M1 with the new lens and went for a walk in St Mo’s. Lovely warm weather much nicer than it had been in the morning because that white cloud had burned off. The new lens worked much better today with decent light. Still not that fast to focus, but the results are worth the small inconvenience. Lots of damselflies round the wee pond by the boardwalk. One dragonfly that was cruising round and round, either looking for a likely mate or for some tasty morsel for lunch. Saw a fairly large grasshopper sunning itself on the edge of the boardwalk and got a few closeup shots of it. One of those got PoD.

Back home we sat in the garden for a while before Scamp went in to start tonight’s dinner. We’d pulled some rhubarb earlier in the day and she was making a rhubarb pie for pudding. I’d asked for macaroni ’n’ cheese for dinner and that’s what we were having. It was delicious and served with tomato ketchup. Scamp of course had brown sauce. Rhubarb pie was just excellent. Her shortcrust pastry was just perfect. 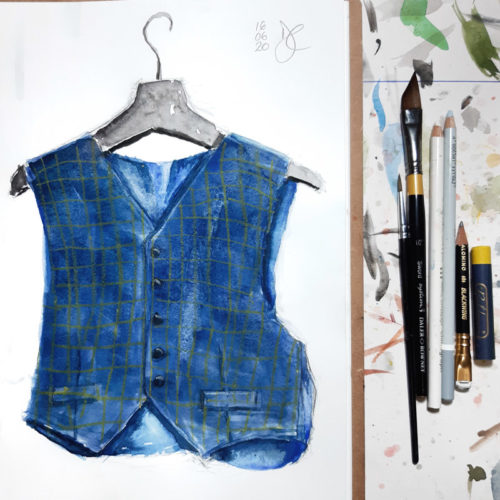 The Lockdown Library topic for today was Something You Have Made. I’ve made a lot of things, mainly mischief, but one of the things I’m most proud of is my waistcoat. Complete with dummy pockets, lining, button holes and buttons. I made it all. It was a bit of a trial at times with a whole new language to learn. Interfacing, darts and basting, but it was worth the effort. The first ‘rough’ turned out really good and by comparison it’s better than the ‘finished’ sketch. That’s often the way, but I’d used it as an experiment to find out what medium worked best for the yellow check, and it wasn’t fit to be shown. The final painting is ok, but not much better than that.

Tomorrow we have no plans, but we’ve a Tesco delivery scheduled for between 5pm and 6pm. Chance of rain and thunderstorms during the night and again tomorrow afternoon. If the rain doesn’t come we might need to water the garden.