Despite it being colder than normal last night, I was too hot and couldn’t sleep.  So about 4.00am, I got up and had myself some cereal for a very early breakfast then went back to bed.  Even at that early hour, the birds were singing.

Finally woke around 8.30am and made real breakfast (more cereal) for us both.  While I was waiting for my tea to brew, I threw out a couple of stale slices of my lovely homemade 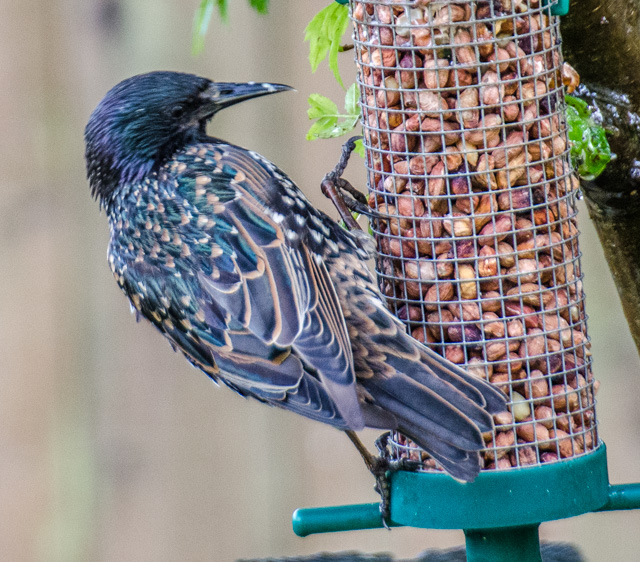 bread, for the birds.  This immediately attracted the corvidae population.  These scavengers are really taking over this year with crows, ravens, jackdaws and the ubiquitous magpies which I detest.  This is the first year I’ve seen so many of them.  They seem to arrive in masses to roost on rooftops all around us and, of course, grab any food that’s going.  I’m thinking of making a cage 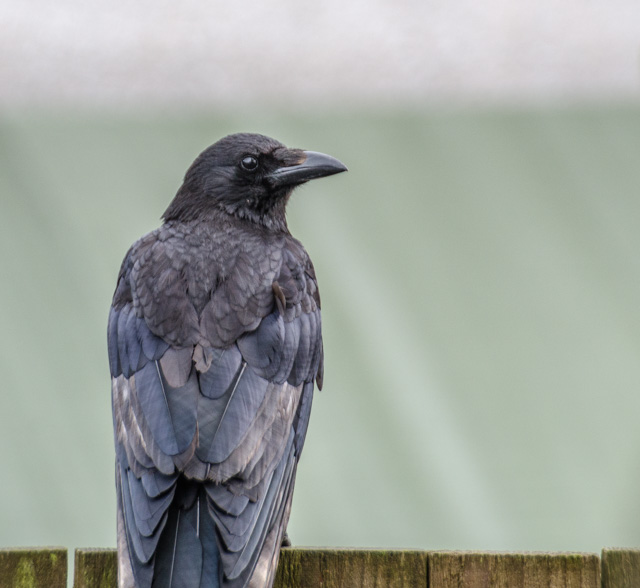 that will cover the bread scraps with a mesh big enough to allow the smaller birds through, but prevent these black rogues from stealing any.  One of them sidled along the fence until it was within snatching distance, or so it thought.  Thankfully, I only have to grab the door handle and they are off on a sortie around the houses before returning for another look.  Actually, I don’t mind them as much as the pigeons.  The crow family are at least wild.  The pigeons live in a pigeon loft a couple of streets away and if left to it, can hoover up a whole loaf in no time.  Big fat rats with wings.  Not the brightest lights on the tree either.  My brother used to shoot them with an air rifle and said it took two or three slugs before they noticed that they were dead!

After the pigeon and crow watch, I restarted my painting, this time with oils.  I just painted on top of the acrylic (which was on top of a watercolour!)  As far as I can remember, you can paint oil on top of acrylic, but not the other way round.  If I get up tomorrow and find that the whole thing has slid down off the easel onto a pile on the floor, I’ll know I’ve got it wrong.  Anyway, I think it looks better and it’s has a much more tactile painting with oils rather than painting with acrylic – it’s like painting with soft butter – a strange analogy, but that’s the way I see it.

Salsa in the Garage tonight and it was really good and very hot.  We surely lost a kg or two at least.  Lots of people from our class there as it is Fair Monday tomorrow and the STUC is closed.  So no salsa classes this week unless we go to help with the beginners on Wednesday.  We’ll see.

Hoping to try out the bike carrier tomorrow if the rain stays away.