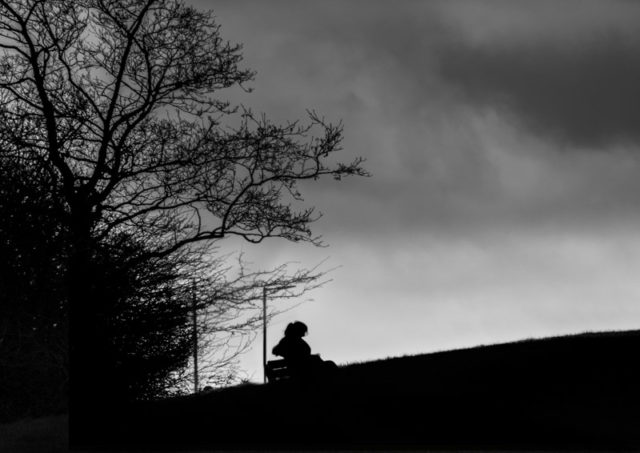 Coffee with Fred today. Lots of stuff to discuss.

This was a change of day for us. Usually we’re there on Thursday or occasionally Friday. This week it was Tuesday. We’d books to exchange and TV programs to criticise and building control department to castigate for messing up Fred’s daughter’s extension. Basically we just complained about stuff for a couple of hours, then agreed that we’d had a good natter.

Came out of that dive with the sour taste of the last cup of something described as ‘coffee’, but was really burnt water, or so it felt to me. Went to get some gardening and painting stuff:

Came home to a slightly rearranged garden again and had it explained to me. I’m sure I’ll forget the finer details, but I have the basic idea of what was achieved while I was out drinking burnt water.

Since Scamp was making dinner I had some time to go and get a photo or two in St Mo’s. Like yesterday, today was a mixture of sunshine and showers. What we used to expect in April a few years ago before the jet stream started messing around with our weather. With that thought in my mind I grabbed my jacket and camera bag and went to see what I could see. What I saw was somebody sitting on a seat looking out over the BMX track and thought it would make a decent shot, especially if I reduced it to mono and darkened the sky, cropped it and … So I took a few shots from different positions and exposure setting. Walked round the pond after that, but saw nothing else interesting.

After dinner (Chicken with a mushroom and shallot sauce since you’re asking), I started to process the pics. About two hours later, after a fair bit of swearing, I finally exported the finished result into Flickr. Takes about two or three minutes to take the shots and two hours to make the picture. The new software I’m using on trial is ON1 2018 and it is very flash, a bit heavy on special effects and unable to export without crashing (twice). I may not shell out the $69 for the pleasure of beta testing their dodgy software for them.

We did manage a bit of dance practise tonight again. Just the waltz, but I’m happier with it after yesterday and today. We’ll see how it goes tomorrow.