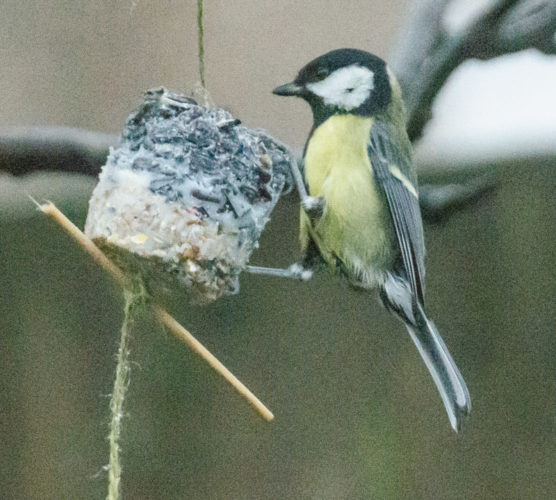 Woke about 8.30am and then went back to sleep for half an hour. It was that kind of day.

Scamp brought me a cup of tea just after 9am I drank it and went back to sleep again. My nose was stuffed again and my ears seemed to be full of cotton wool. Slept almost until midday when I got up, showered and got dressed. I felt better until I looked out the window and saw how dull the day was.

With another cup of tea and a slice of toast in me I was ready to unwrap the parcels that had lain under the tree. As usual Scamp had surprised me with an interesting selection of goodies, some I expected, some I’d never have guessed. Then it was time to unwrap the giant parcel from Hazy and we found the reason for the size of it. It contained a giant metal sculpture of an allium. Beautiful thing. Finally we unpacked JIC & Sim’s hamper with its elegant selection of food and wine. So, we won’t starve and we have to find somewhere in the garden for the sculpture. Isn’t it nice to give and receive parcels at this time of year, especially when you’re not at your best!

Spoke to Hazy for a while and caught up with all that’s going on in London. Later we spoke to JIC in Toronto over FaceTime or whatever the WhatsApp version of that is. Managed a quick hello with Jaime and Madeleine in the same call. Dinner was a bit of a low key affair. Much lower key than usual because neither of us were feeling too bright. However, the food was good and the wine was too. We’ve decided that New Year’s Day will be our posh dinner. Hopefully by then we’ll both have put this cold behind us.

Today’s PoD was taken through the kitchen window and although it’s a bit grainy, it was shot at 25600 ISO which means it was nearly pitch black outside! Like I said at the start, it was that kind of day.

We watched a dire Strictly show and just now Gregory Porter and guests are competing to see who can murder good songs by singing them too slowly. Porter’s winning by a mile.

Hoping for a brighter day tomorrow, although by the look of the weather charts, that’s not very likely. We’ll wait and see.

Thank you all for your prezzies, they brightened my day considerably as did the wee chats.