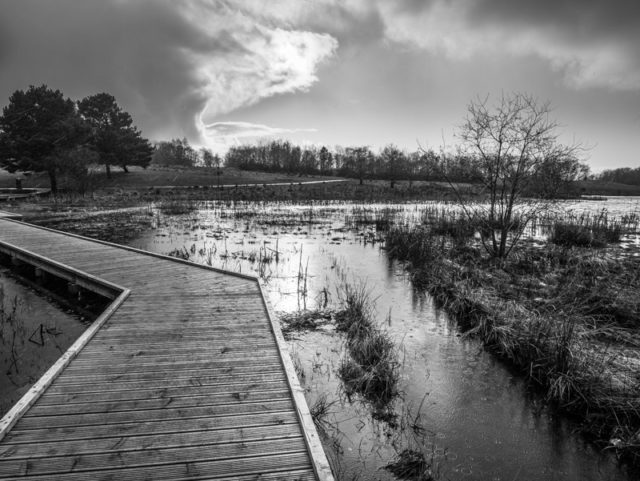 Woke with a stuffed up nose and clogged ears. Not the symptoms of Covid 19, just a common cold.  Still felt miserable.

I’d said I’d go with Scamp to see how Isobel was faring with her new knee, but decided it would be better to self-isolate to use the new term for ‘stay at home’. Scamp left early to have coffee with Shona before she went to see the invalid. I took some Haliborange tablets and searched for a ball and socket head I was sure I had somewhere for the new tripod, without success (it lets you turn the camera to almost any angle). When I got fed up with searching I sat and watched the rain showers thumping down then made a pot of soup for dinner tonight, so at least all my time wasn’t wasted.

Finally took some sketch paper upstairs to draw and while telling myself that it wouldn’t be there, I searched through some boxes in the chest of drawers and immediately proved myself wrong, because there was the ball and socket head! Things are never where you expect to find them. Forgot about the drawing and started trying out the new fitment on the tripod and it worked perfectly. It was about that time I started to feel better. I also started to watch the sky in the hopes that there would be some blue among the clouds. There was none, but the clouds were clearing above the Campsie and that’s usually a good sign. A couple of hours later I made the decision to go out. The sun was shining and the clouds had cleared. So had my head.

Got the tripod set up perfectly in an awkward wee gully at the outfall of water from the pond at St Mo’s. There was a fair volume of water coursing down and it looked a likely place for a moody slow shutter shot of moving water. I shot a few at different exposure times, but wasn’t really happy with any of them. I made a mental note to take a pair of secateurs with me next time because the barbs on the bramble stems were tearing into my ankles. Spoke to Susan G who was out walking her dogs and wondering what the hell I was doing prancing around a mucky burn.

Walked round the upper path and found a much better run of water. Just a little drainage ditch with water pouring round a boulder. Another tricky position for a ‘normal’ tripod, but easy peasy for the Benbo. It’s what that tripod is made for. By the time I’d shot my fill of oily looking water, I realised it had started raining. Walked back along the boardwalk and the heavens opened. That’s when I got today’s PoD. It’s a three shot hand-held HDR image, but you probably guessed that, so I won’t bore you with the details. Second place went to the oily water shot, taken with the camera on the new tripod. Brilliant piece of British engineering. 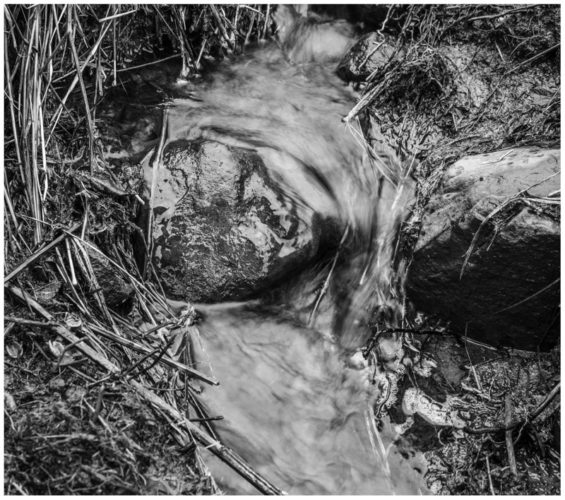 Soup, bread and a baked potato for dinner as we listened to the news that Italy was now basically cut off from the rest of the world for at least two weeks. So strange to see the Colosseum in Rome with about four people standing beside it. Similarly St Mark’s Square in Venice virtually deserted. Strange days.

No plans for tomorrow. Hoping I’ve not passed the cold on to anyone else. If I get the all clear from Scamp, we’ll maybe go dancing at the British Legion, our new venue for Wednesday night classes.