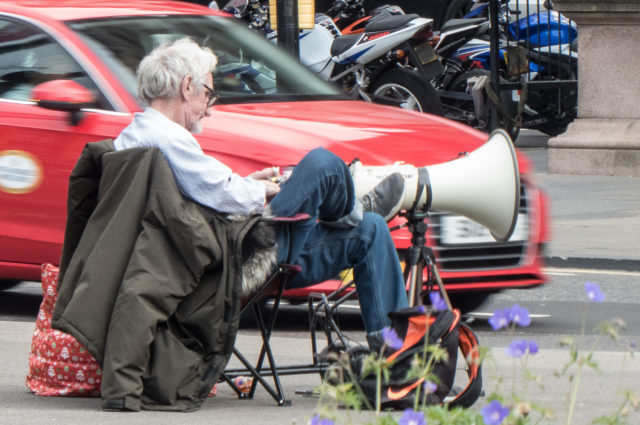 But before we go dancing, some blood must be donated.

Drove up to the health centre for my 9.10am appointment with the blood taker. Not the cleanest or most painless donation ever, leaving me with a fairly large bruise. However maybe it was her first blood letting of the day. Nobody is perfect.

On to the rest of the day and more importantly, the ongoing saga of the NAS drive. Today I managed to get into the control page of the WD MyCloud and it told me after a fair amount of time wasting that my firmware was up to date. This I find hard to believe when I’ve had warning after warning that the firmware needs to be updated. In fact I have had Fourteen such warnings now, the last one being this morning! I downloaded the most up to date version and tried connecting the MBP to the drive directly using a cable but when I tried to install the new update I got the message that there wasn’t enough space on the device to install. There is only about 700GB of space on the drive, but I’d have thought that would have been enough. I checked to see if I was misreading the instructions, but no, for once, I’d done everything I was asked. After this last attempt, the drive seemed to go on a go-slow and wouldn’t do anything without a ten minute wait. I gave up and got ready for today’s dancing.

Today we were back in Blackfriars and I was in a Black Mood. However, my mood brighten when I heard the music. That’s one of the reasons I keep going. The music is bright and cheerful. Not so bright and cheerful were the other couple who had returned to the class after about a six month lay-off, apparently because of illness, as yet undisclosed. A new start today when all us beginners were partnered with an advanced dancer. Quite a revelation to me. It was good to be guided by an expert. Not that Scamp isn’t a great guide, but these ladies have many years of dancing experience over us. Really good idea, Michael.

Today we were going over what we’ve been taught for the last three or four weeks and trying to clean it up and get out of bad habits, so no new moves in Jive, Waltz or Quickstep. A good chance to consolidate.

On the way to Blackfriars I grabbed today’s PoD. One of the protesters who have now become a fixture outside the City Chambers on George Square. Every day, one of them is sitting with a loud hailer spouting their demands to anyone who will listen. Come rain or shine they are there. It wasn’t rain today, nor was it really shiny, but this bloke was sitting there playing his pre-recorded spiel.

Back home I got fed up and performed a restart on the NAS and left it to get on with it.

After dinner we went to Salsa. We knew that the 6.30pm class was closing and that Jamie G was giving up teaching on Wednesdays. Personally, I think this is the thin end of the wedge and the next announcement will be that he’s giving up teaching salsa completely for perhaps a year, to devote more time to his ‘day job’, but we’ll have to wait and see. What we didn’t know was that the STUC building is to be demolished to build houses. Where will we go on a Monday night now? Didn’t learn anything new here either but went over some old favourites.

Came home to find the drive running like new. For how long, I’m not willing to say. It works, for now.

Tomorrow I may get my hair cut.