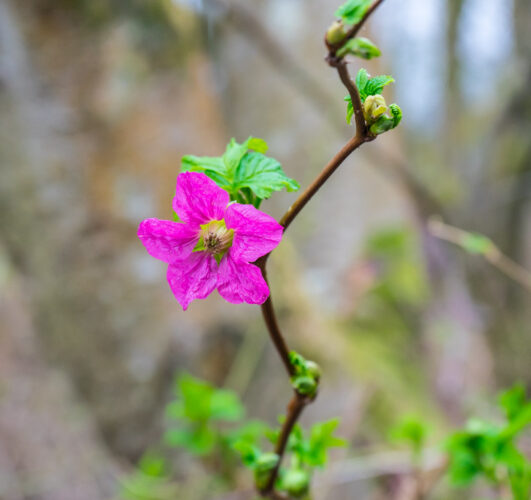 Today I left Sierra behind and found Mojave.

I’ve been running Sierra on the iMac since I bought it about four years ago. It’s been getting slower and slower all that time. Finally, today, after making another backup and filing away some important passwords, I ran the Mojave installer and went to have my lunch. I fidgeted and paced the floor like a dafty on and off for about half an hour after that. Actually, the time scale the installer gave was almost correct and after an hour I had a new, responsive operating system. I’m quite impressed with it and have learned a lot in the process. The main thing I’ve learned is to let the computer and the code I’m injecting get on with things and don’t poke about in it. I’ll try to remember that when things go wrong as they did about half an hour ago when my memory usage was red-lining and one app was taking up twice as much physical memory as I have installed. Don’t ask me how that’s possible, I don’t know, but it just is.

It was a dull day, so I suppose it was the perfect day to do this kind of messing around. It didn’t actually rain, but it looked like it wanted to. Scamp was busy doing housework while I was pacing the floor and swearing at anything that got in my way. Eventually, I closed the computer down, grabbed my camera and went for a walk in St Mo’s. For the last week the weather has been really like spring, but today it was as if we’d returned to winter. Cold wind, grey sky and not a lot of light. However I was out. I did two circuits of the pond and then came home with a few photos, two of which got red spots, which means they were good enough to post on Flickr. PoD went to the photo of the red flower with the zig-zag stem. I also took a few shots of desiccated weeds. The structure of weeds is really interesting. As someone who used to make a living drawing structural steelwork, these featherlight vertical structures are amazing. They can sway in the breeze and not break. They have evolved to cope with wind, rain, snow, sun and ice. If you study them, they are incredibly strong for their light weight. Anyway, as I photographed some weeds a line from a George Gerdes song popped into my head, “Seeds that I’ve sown were all a bunch of weeds”. When I got back home I searched for George Gerdes and found that he had died of a brain aneurysm on January 1st this year. He was 72. We heard him sing at a Loudon Wainwright concert in Glasgow away back around 1974. RIP George. I loved the humour of your songs.

We had a quick attempt at the figure we learned yesterday, The Five Step, but after Scamp trod on my toe and I trod on hers, both by accident, we decided to call it a day and try agin tomorrow.

There will be some worried faces in the SNP party tonight since Nicola Sturgeon was cleared of ‘breaching the ministerial code’, which is legalese for ”She didnae dae it!” That means all those who had their daggers drawn ready to take her down will be keeping a low profile for some time to come. I’m not saying she’s vindictive, oh no, I didn’t say that. I’ve always said she was the best leader we’ve ever had. Ahem, I think I got away with that.

Tomorrow looks reasonable weather wise, but we may get some of the wet stuff.