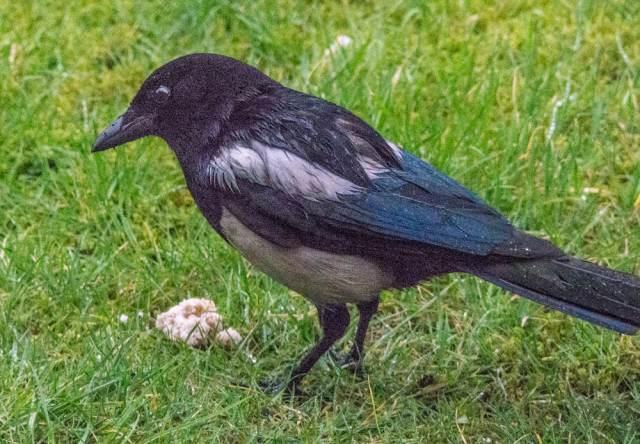 The forecast was for wall to wall rain today. They weren’t far wrong. It was drizzling when we woke and I think it’s still raining. In between every kind of liquid rain has fallen from the sky. That is to say we haven’t had snow or hail (yet) but we’ve had smir, light rain, spitting rain, drizzle, heavy rain and pelting rain. Scots allegedly have more than 400 words for snow, more than the Inuit. If that’s so, we must rule the world in words for rain. Let’s just wrap it up by saying “It rained today.”

Scamp went out early into Glasgow for some secret mission which I was not party to and I … well, I sat around and did very little apart from swearing at a Hard sudoku puzzle.

When Scamp returned much earlier than I expected. That’s the thing about Scamp, she goes, does what she planned and comes home. Me? I wander round looking at things, window shopping, people watching, practising my procrastination skills and taking the occasional photo. Anyway, when she got back I suggested we go for a swim and that is what we did. The pool was nearly empty apart from some obnoxious weans (most weans are obnoxious) who had brought along their brain-dead parents and grand-parents. Why are these people allowed in when we are there? I’m going to complain about it.

I couldn’t decide what to use as my PoD. After yesterday’s over excess of opportunities, today’s rain reduced my scope quite considerably, so when this magpie descended and started to mop up the remaining breadcrumbs, I took this as my chance to fill a space on April 1. ISO is a lot higher than I’d have liked, but needs must.