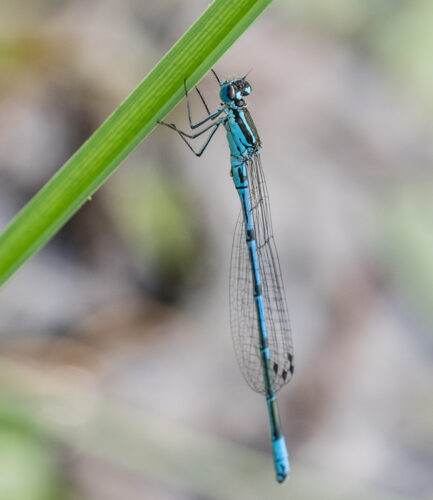 We were warned it was going to be hot today. They weren’t wrong.

First job was to get my hair cut. Number three all over followed by a number two to clean up the fluffy bits at the nape of my neck. I’m always amazed at the amount of hair that falls in clumps on the carpet as I’m cutting. A bit thank you to Scamp because she did quality control on the operation and was the one who used the number two cutter to achieve perfection on the neck line. It’s such a great feeling when you step out of the shower and dry your hair in about 20 seconds flat.

With the big job over, we walked down to the shops and bought a new set of coloured lights to go round the tree in the garden. It brightens up the place and although the last lot hardly lasted a month, it was worth the fiver. It wasn’t until we got home we found that someone had swiped the solar cell from the box. Not only that, they’d just ripped it off the cable, so it would be almost no use to them.

After lunch Scamp was going to see her sister, so she got her money back on the lights. While she was off to see big sis, I walked round St Mo’s and got today’s PoD of an Azure damselfly. I also saw three dragonflies doing circuits and bumps at the pond. I imagine one of them was the one I saw emerging yesterday. Walked over to the shops and bought some pineapple cakes sweets and ice-cream, The healthy option.

Dinner tonight was smoked salmon and broccoli quiche with a salad. Very nice indeed. Sat in the garden and listened to the bloke next door pontificating on a range of topics, but mainly The Eagles. We discussed Scamp’s idea for a storage unit for the paved area of the back garden, but mainly we just soaked up some rays. It seemed sensible because it doesn’t look as if there are going to be many sunny days for a while. Thunder and lightning forecast for tonight and tomorrow. Heavy rain too, which should mean we don’t have to water the garden.

Today’s painting was a watercolour of a plantain flower. Not the Caribbean green banana, but an insignificant little plant that produces a brown and white flower on a long stem. If you live in the UK you’ll have seen them on any patch of waste ground.  They are also known as Ribwort. 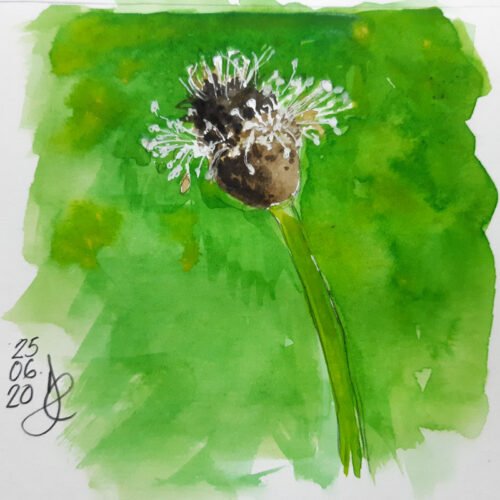 As usual, no plans for tomorrow. It definitely depends on the weather!