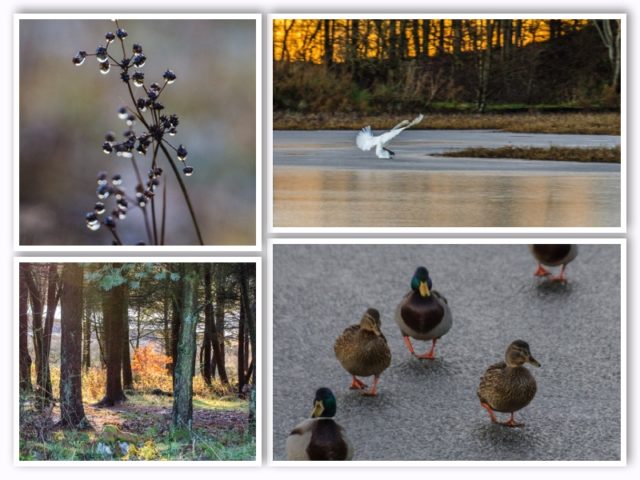 An icy morning. Jac’s taxi didn’t come, so I volunteered to drive her to the station.

It wasn’t all that cold, but it had snowed during the night and the snow had melted, then frozen again and now that ice was melting, on the surface at least and that meant it was treacherous. The Juke performed perfectly, I couldn’t fault it. Unfortunately there was a queue of traffic heading along towards St Mo’s taking the children who can’t walk if it’s cold, or windy, or wet, or dry, or too hot, or too tired, or .. well, you get the picture. I turned at the roundabout and took the longer, but much quicker way round the back of Blackwood and then through the new estates to the station. Got there with plenty of time for Jac to catch the train (the next train, that is). Came home the same way because, although the queue was shorter, it was still there and resolutely not moving. Walked back from the car and that was when I found out just how slippery the surface was. Slid all the way down the short slope to the house. Didn’t fall, luckily, but Scamp decided it would help other folk if I spread some chippings on the path. Such a simple solution and it worked.

After lunch Scamp parceled up the Christmas parcels for JIC and Sim and I took them to be posted at Tesco. Got that completed and stopped off at St Mo’s to take some foties. Liked the shot through the trees also liked the shot of the swan attempting a tricky landing on ice, but decided the trees won PoD. The rest were good, but not great. I was better prepared for the ice this time with a pair of walking boots, real ones, not Clarks flashy looking, but ultimately useless Goretex ones. The ice was melting in the areas the late sun was reaching, but as I was leaving I could see thin icy fingers stretching out across the puddles. (Oh dear, I came over all ‘Nigella’ there!) 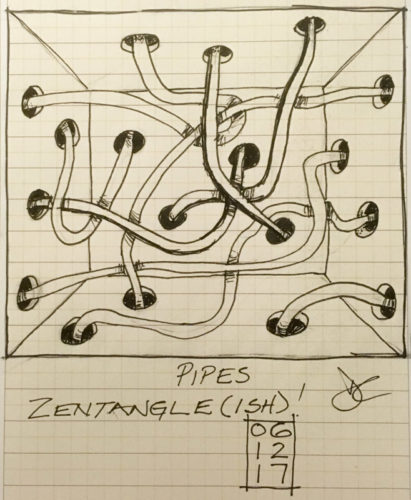 Later in the afternoon I finished last week’s Zentangle doodle. I thought these things were beneath me, but they are more difficult than they look. You need a good eye and a steady hand to produce the accurate linework.

That was about it for the day. The highlight of the day was going to Tesco. Some days are like that.

Tomorrow, I may be joining Scamp for a coffee with Shona!