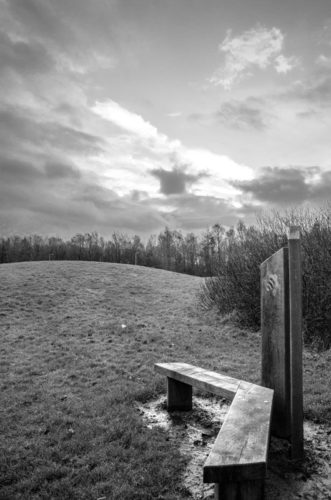 The reason we were up early was to catch the “Rat Man” who, at 8am, was making a second visit to the house next door. I wanted to tell him personally that the droppings he’d seen in the loft were not ‘Historical’ as he supposed, but live and from an active rodent, probably one of the two I’d despatched after he left empty-handed. He wasn’t impressed and even less impressed when I asked him to come in and witness the demolition job some of the dead rodents friends had done on a bag of sultanas in one of the cupboards. Last night, they appeared to have removed a blanking piece, abseiled down from the void between the ceiling and the upstairs floor and scoffed about a quarter of the bag. He did offer some help and suggested that as well as blocking up the hole, we should first stuff it with steel wool which apparently does nasty things to the rodents teeth. He offered a few other suggestions and said he’d probably be seeing us again in a week’s time. I thanked him for his help, especially as he was covering two “Rat Men’s” positions while one is on paternity leave.

With his suggestions in mind we drove off to B&Q to get some MDF, screws and just to be sure, some expanding foam and some more poison. We had to drop in at Tesco on the way to stock up on food, because it will be closed ALL DAY tomorrow!!! Shock Horror! What will we do?? By midday I was ready for my lunch and the board was ready to screw into place. Some poison in place and steel wool carefully stuffed in to every crevice afterwards. After lunch the board was in place. I decided not to use the expanding foam after all as I was working overhead and the polyurethane foam is VERY sticky so the thought of it dripping onto my head didn’t appeal.

With my carpentry work done, I took my leave and went for a walk in St Mo’s hoping to grab some of the last good light of 2019. That’s where I got today’s PoD the last of this year’s 365. It’s the Bee Seat (my name for it). It’s a wooden seat designed and made by a local group for St Mo’s park and with a coloured engraving of a bee on one of the uprights. A great place to sit and watch the world go by, or as in today’s case, watch the Canada geese being shepherded by a vigilant swan.

Back home it was Kedgeree for dinner. A spicy kedgeree in fact. Still went down very nicely with a bottle of Spring Oak Leaf wine from Cairn o’Mohr. Very sweet dessert wine with just a hit of the tannin in the Oak. That was ‘hit’, not ‘hint’. You could definitely taste it.

After dinner I attempted the second of my pocket repairs with the sewing machine. This one was done using Scamp’s suggested method and I have to admit that it beats my method hands down. It’s a bit more extravagant on material, but if the final result is as good as it seems, it will be worth it.

I think we’ll be staying up for ‘The Bells’ tonight. Possibly we’ll need a little tincture or two to keep our eyes open after such an early rise and such an active day, but tradition must be served.

I’ve added these two pictures that came from Colin Brown (his dad and I were cousins) in Ayrshire. 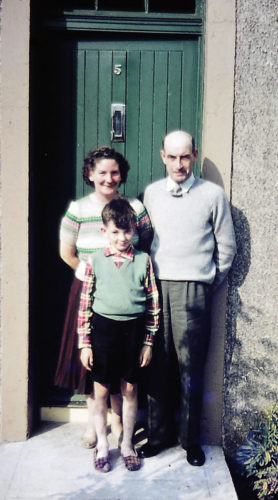 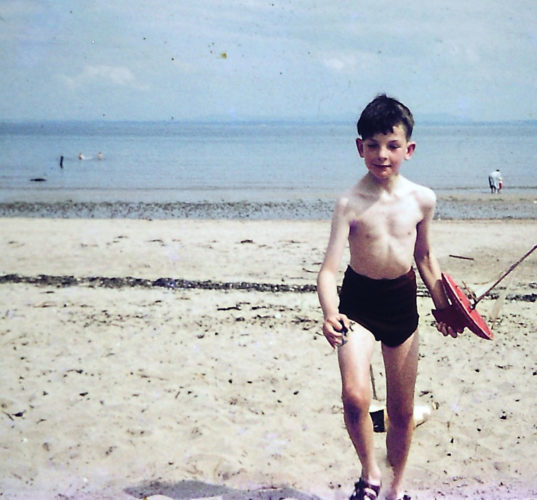 Tomorrow, hopefully we will be later risers than today and hopefully not having to resort to any more morning carpentry work.

Hope 2019 is a good year to all my readers, wherever you are.  Safe flight home JIC and Sim.