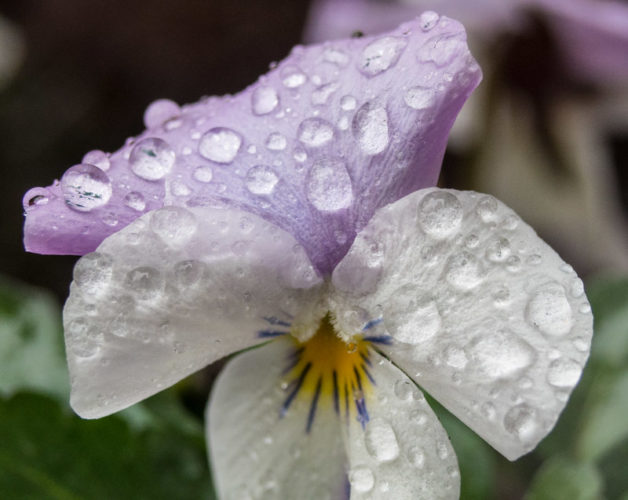 All day it rained.

Spoke to Hazy in the morning and that may just have been the high point of the day.

After lunch we drove to Bishopbriggs to get some messages. While I was reversing into a parking space there was a bloke behind driving into the space behind. He got a bit voluble on the horn when he thought I was going to bump his shiny gunmetal sports car. I had it covered. I’ve got a reversing camera and was nicely placed in my box. He chose to reverse. When I looked, I realised why he was a bit nervous. It was only an Aston Martin he was driving. Lovely looking car, but absolutely no use to me. Too low. I could never get out of that. Probably that’s why it wasn’t on my shopping list when I bought the Juke!

By the time we got back to Cumbersheugh it was raining again. Got today’s PoD on the doorstep. Scamp’s wee violas have been a riot of colour all through the winter. They’ve been rained on, been almost blown away in the gales. They’ve had about 20cm or snow dumped on them, then frozen solid, but still they come up smiling. Lovely flowers. 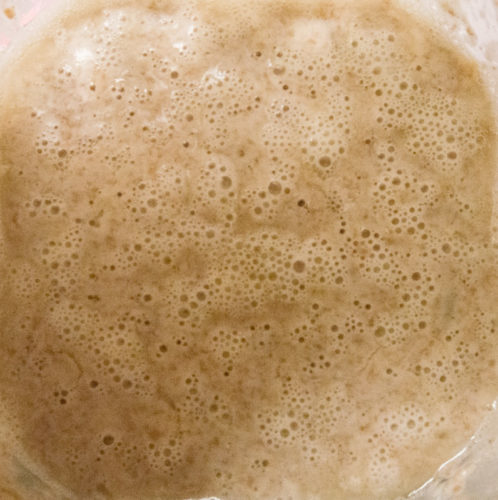 This strange looking sludge isn’t the head on a pint of Guinness, it’s a shot of my active sourdough starter.  We spoke about it this morning, Hazy.  I haven’t got round to playing it some music yet.  Maybe Pink Floyd’s ‘A Saucer Full Of Secrets’ perhaps. or something from ‘Bitches Brew’ by Miles Davis?  Suggestions on a postcard please.  If this means nothing to you, read “Sourdough” by Robin Sloan and all will become clear!

Sorry folks, but that’s about it for the day. There’s not a lot else to say about the day, other than we’re going out tomorrow. Somewhere. Anywhere!