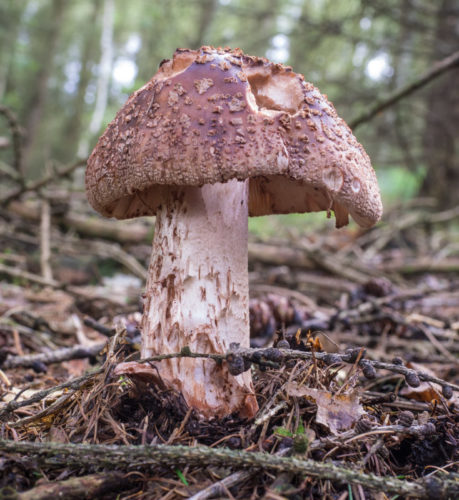 Driving through the driving rain to dance our hearts out to Michael’s tune.

Just another Wednesday. Weather was almost as bad as yesterday with more high winds blowing more rain clouds our way. Managed to avoid most of the rain on our walk down to Blackfriars. Stood and watched some brave souls abseiling down the City Chambers to give the statues a but of a wash and brush up. Thought it was Extinction Rebellion protesters at first, then realised they were wearing hi-vis jackets with a company logo on them, so they were legit. Below them they seemed to be giving away “Boris Bikes”, but on closer inspection it was just a photo opportunity to show off the new “Electric Boris Bikes”. I can’t imagine what an Electric Boris would be like. Probably he’d short circuit the National Grid.

Even further down the road there were a film crew setting up. We used to get excited when we saw film crews in Glasgow, but now it’s just par for the course and we’ve learned to ignore them. Glasgow is built on an orthogonal grid with roads running North / South and East / West, so with it’s old turn of the last century buildings it makes a decent look alike for some of the older parts of American cities. It must be a lot cheaper to seal off a portion of Glasgow that, say, Chicago. Couldn’t see what or who was being filmed today.

Dancing was quite good, but although the room is fine for Jive, it’s really too small for ballroom. We leaders keep getting told to take bigger steps in Waltz and Quickstep, but when we do, there’s so much clutter in the room we can’t fit in all the steps. Pillars in the way don’t help either. However, today we reprised the entire Over the Rainbow set and we got to dance with some of the advanced dancers which is always good, because they are so exact and so quick. We eventually gave up trying to dance round the room because people would stop and discuss who was right and who was wrong and, coupled with the two speaker stacks, the piano and the pillars there were too many obstacles in the way. Instead, we practised the short routines we’d been learning. 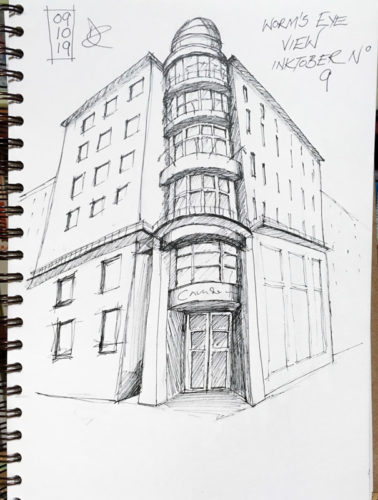 Coffee afterwards for our usual debrief, then back up to the car park. We weren’t so lucky on the way back and got fairly well soaked. In addition I wanted some shots to use for today’s sketch. My Inktober list for today wanted “A bird’s eye view or a worm’s eye view”. In view of the strong winds, I decided that a bird’s eye view was out of the question. Also because of the heavy rain showers, I had to give up on an in-situ sketch, so instead I took some shots to use as reference material for today’s sketch.  It’s the Cranberry’s [sic] Restaurant in Glasgow.  Interesting building with a sort of tower breaking out of the corner of it.

Back home I decided there was enough light to warrant a walk to St Mo’s where I got today’s PoD which is a toadstool I saw emerging on Saturday. It’s grown a fair bit since then. I thought I’d get home dry, but that wasn’t going to happen. I got soaked, but at least it was on the way back.

Tomorrow I go to see the nurse about my blood results and Isobel is coming to lunch.