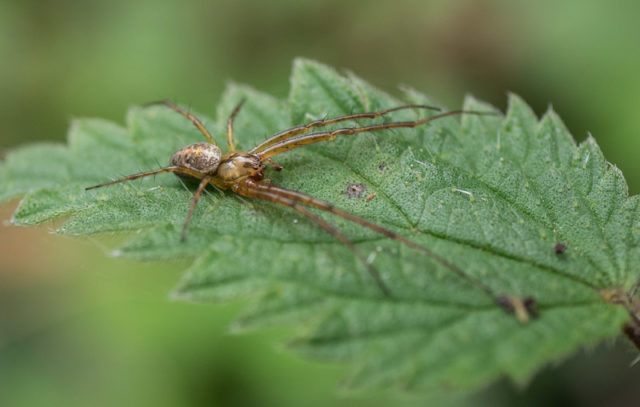 Spoke to Hazy in the morning and caught up with life down London way. Actually she phoned just as Scamp was beginning to defrost the freezer, so it gave her an excuse to leave that to itself for a while. And did you know Hazy that you phoned at 10:10 on the 10th of September. There, that’s a little bit of trivia for you!

I’d promised to bake another focaccia loaf today, before lunch I got it all organised and bunged it all in the mixer then left it to its magic for about 15 minutes. Paul Hollywood recommends that you knead it by hand, just to get the feel of a wet sticky dough. Aye Right, Paul, but whatever floats your boat, as they say. For me, a wet sticky dough is just what a food mixer is designed for.

After lunch, Scamp was off to the town centre just to wander round by herself for a while I think. I’m sure she told me the ‘reason’ for her trip, but I’ve forgotten. Meanwhile I got dressed for cycling and went out to get more brambles. You can never have too many of those little purple berries. I ignored the road closed signs and cycled down towards Drumgrew Bridge. I did manage to get a few handfuls of berries, but then when I turned the corner to head down to Sunday’s berry bushes, the road was closed off because great big lorries were unloading tons of asphalt on to it. Why didn’t they warn me? Oh, yes, they did. Ok, nothing for it but to cycle back up the hill and find some more. That’s when I remembered the old road covered by trees now that used to be a good spot for berries. Luckily it was still there hidden by a line of hawthorn hedges and there were loads of berries. Filled the bag with over 800g. Got soaked, of course because it was really wet underfoot and also got stung again by the late summer nettles that seem to have a lot more bite in their sting. On the plus side, I found today’s PoD which is a Metellina mengei spider. It took me over an hour when I got home to ID it on Google.

Back home Scamp had returned and the dough had completed its first prove (rise). Sorting it out was so easy last time. This time I’d to shout “Help!” to get Scamp to give me a hand with the unruly dough, but between us we got it under control. It was soon baked and even sooner consumed. It’s messy to make and used lots and lots of the EVOO (Extra Virgin Olive Oil), but it’s worth it, just as long as you don’t hand knead it.

Tonight it’s raining and it’s going to go on all night with high winds too, but it’s forecast to clear up tomorrow. Let’s hope the weather fairies are right.