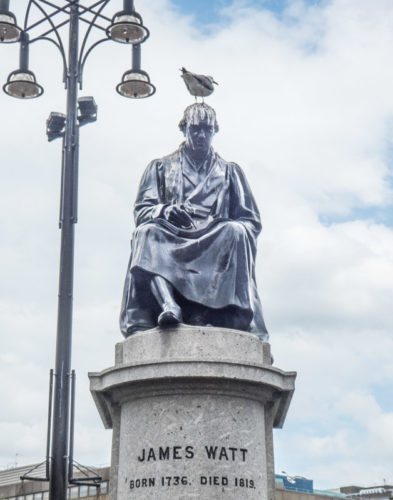 Combinations and permutations, that’s what it’s all about.

Out to the physio this morning and after probing the knee and watching my reaction, he pronounced that he felt it was on the mend. I hope so because it’s been nagging away all week. Not painful as such, just a nagging ache. He thought a bit of Laser would be good to start with and promptly pressed the goggles on me and gave me 5 minutes of Light Amplification by Stimulated Emission of Radiation. I have no idea what that means, except it’s painless. After that, he stuck some needles in me and left me to rest for ten minutes. When he returned, but he didn’t remove the needles, no, he had a better idea. Another 5 minutes of Laser. (You now know what it means now. Feel free to throw this acronym into conversation with all your friends.) Except, this time working in and around those terrifyingly sharp and thin needles. Finished with another ten minutes of relaxation when I was encouraged to move and bend my knee. I don’t know what part of it did the magic, or if it was a combined effect, but the ache was gone and it remained gone for almost the rest of the day. Another exercise to add to the the two I’ve already got. This one to strengthen the ‘quad’ muscle in my thigh. Felt so much better walking out of the gym. Oh yes, and either I cycle or I go to the gym a couple of days a week to strengthen my leg muscles too. I’m going to be a busy boy this week.

Home for lunch and then in to Glasgow for the first two dance classes of the day. Hoping I wouldn’t undo all the good work the physio had done, I cautiously attempted the first five spins. The solemnity with which they are described hints that they should be called:

Anyway, we covered them quite well and as there were only two couples, it was really intensive tuition. Michael wasn’t there, so it was Anne Marie who was taking the classes today. When it came down to the waltz, my nemisis, I felt sure the knee would crumble under the pressure, but despite having to spin on my left (weak) foot, there were no twinges. Brilliant. The dancing wasn’t brilliant, but now it was really personal tuition as we were effectively the only couple being taught. I think I finally cracked that awkward ‘natural turn’.

Today’s PoD was a grab shot in George Square. Poor Jimmy Watt from inventor of the Watt Steam Engine to Toilet for Shitehawks. No wonder his hair is turning grey!

Paella for dinner then Scamp offered to drive in to the STUC building for salsa. Thanks for that Scamp. I enjoyed being a passenger tonight. I have to admit that I did feel some twinges after two hours of salsa, but that was after a total of three hours of dancing today, so it’s pretty good. Tonight I put my feet up for a while and watched TV. I’ve still to do another session of my Quad Building which I will do after I’ve posted this.

Tomorrow we may go to Perth.