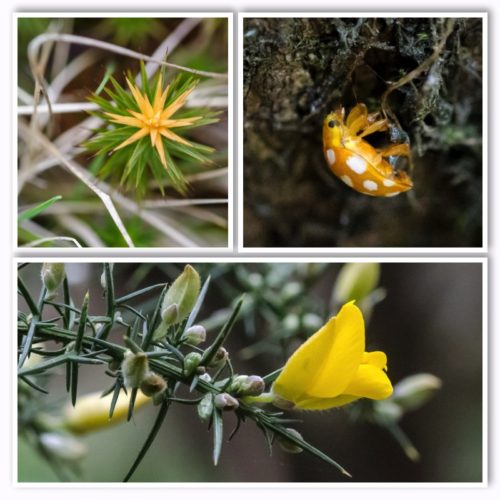 A drive around Falkirk and Stirling was on the cards today.

<Technospeak>
In the morning, Scamp was having coffee with Isobel. I cleaned out a file on the new Linx. It’s named Windows.old and on the ‘new’ computer, it holds 12.5GB of data. That’s data that I’m not going to use again. That’s data that takes up almost 19% of the 64GB storage on the Linx. I did the sensible thing first, of course. I backed up the whole 64GB earlier in the week. I should say that I tried to just simply delete the folder last night, but I kept on hitting blocks where some files were locked and others needed approval by the ‘administrator’ i.e. me. It wasn’t just the simple fire-and-forget deletion that my Windows Explorer replacement, Directory Opus, can usually be relied upon to supply. However, after a bit of searching on the Interweb, I found an elegant solution that Microsoft actually supply. Admittedly it’s hidden deep in the pages within pages of the ‘system’. It does a good job though. 12GB of useless crap surgically removed. I may say this only once: Thank you Microsoft! Oh yes, and I did today’s Sudoku too.
</Technospeak>

When she got back, Scamp suggested we go to the fish shop in Linlithgow. We’d been planning to go for a couple of weeks now. Seemed like a plan, so off we went. Drove along the traffic jam and assault course that is a Main Street in Linlithgow only for Scamp to cry out that the shop was shut. I couldn’t look myself for the simple reason that I’d have driven into a bus or a tractor coming the other way or run one of the amazing amount of red lights on that street. You really have to have driven there to realise just what I’m talking about. I took her word for it and drove on out the other side. I could have turned at the roundabout at the end of the Main Street, but that would have meant running the gauntlet a second time and I wasn’t up for that. That took us the long road down past Grangemouth and from there along the M9 to Stirling. It gave me the opportunity to stock up on breakfast muesli and beer at Morrisons. Both essentials. It also gave Scamp a chance to buy up their entire stock of ‘cheap wine’ (her words, not mine). We also had a cheap lunch (my words). Bowl of chips (S), Roll ’n’ Sausage (me) and two cups of reasonable coffee for just over £6. That’s a good deal.

On the way home was a plant nursery Isobel had been telling Scamp about. How convenient. She got a Ladybird Poppy there and she’d also got a wee Acer in Morrisons, so she was a happy bunny. When we got home I found a confirmation email from the shop to confirm that just short of £100 would be in our account soon. I was a happy bunny.

Back home I put on my walking trousers. That’s the pair of cords with holes in the pockets and muck splattered all the way up the legs. Went for a walk round St Mo’s. Found two of the Orange 16 Spot Ladybirds I’ve been keeping tabs on since December. One looked as if it was laying eggs, but was in a really awkward place in the moss at the bottom of an ash tree, so it was difficult to be sure. PoD went to the Gorse flower. Lovely and bright.  Notice the yellow theme!

Tomorrow looks like it will be wet. Don’t know what we’ll do. Maybe go for lunch, that would be good. Not going for fish.