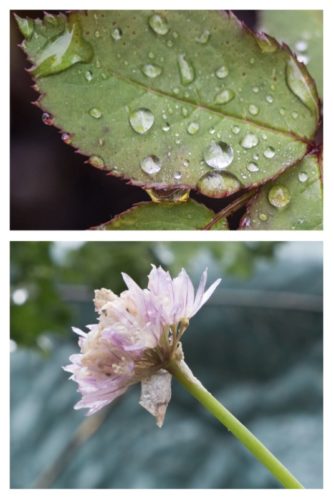 Woke to a light grey Scottish sky. Light in colour but heavy with rain which they were proudly pouring down on us and it continued to pour down all day.

The big job this morning was the decanting of the the three-seater settee to the front garden for uplift tomorrow by the cooncil van. With typical NLC efficiency they had confirmed that the uplift would be some time between 7.30am and 6pm. However they forgot to confirm the day, so all we have is the word of the person on the other end of the phone last week. We tried twisting and turning the settee every which way, but it simply wouldn’t go through the door. The door had to come off. Still we needed that extra 20mm or so. The feet had to come off too. with that done, we now had the settee in the hall where it could be maneuvered more easily. Now we just had to get it through the front door. Again we twisted it and turned it, but it wouldn’t go. I did think about taking the door off, but that meant using a set of Allen Keys and they were in a cupboard that was blocked by the settee. Then I had the eureka moment. I didn’t need to take the whole door off, just removing the handles would be enough. So that is what I did and with a push and a shove a grunt or two and a few muttered sweary words the settee landed in the front garden, where it now resides until its uplift by the cooncil, some time between 7.30am and 6pm, hopefully tomorrow. Now we just need to go through the same procedure on Friday when the two-seater gets uplifted by a furniture charity, but we’ll leave the professionals to bring in the new settee next Monday. If you get a chance, look up “Right Said Fred” by Bernard Cribbins on Spotify. You’ll understand how this furniture removal thing works!

After we’d tidied up the living room and the hall, it was time for Gems to arrive although the sopranos were sitting were sitting on dining room chairs and the altos were on the two-seater. I didn’t wait to hear the comments, I headed to the leisure centre for a swim (hopefully), a sauna (probably) and a shot in the steam room (definitely). As it happened, I managed all three, although there were a lot of people in the pool for a while. I came away feeling a lot better than when I’d gone in. The heat and gentle exercise seemed to relax my poor battered, stretched and twisted body. I’m getting too old for this furniture moving lark.

Came home and it was time for dinner (chilli for me. Baked potato for Scamp) before we drove in to Glasgow for our Monday double dose of salsa. We hadn’t been to any class above level two for two weeks and it showed in our dancing, well, in mine at least. However we enjoyed the moves we learned which were Eva, Disco, Iadonovan and Puerto. I’d never have remembered them, but Jamie G demonstrated them at the end of the class and encouraged us to video them. Evalina from the 6.30 class also told us that there is a private WhatsApp group for sharing salsa videos from class. That would be useful. It was while we were in class that I realised I hadn’t put kidney beans into the chilli. Funny the things you think about at the most inappropriate times!

I grabbed a few shots after the removal was done, but before Gems arrived. Just a few shots in the garden taken despite the rain. The raindrops won PoD.

We had planned to go to Perth tomorrow, but now we’re not so sure. It looks like it will be Wet, Wet, Wet. Without Marti Pellow!