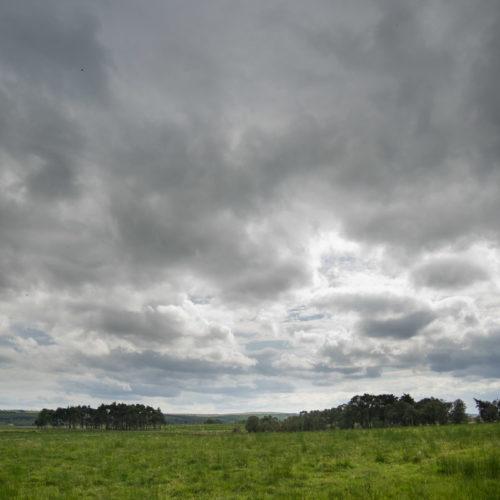 In the morning, it looked like it would brighten up and be a lovely day. Good wind to break up the clouds and just the hint of sunshine and blue sky now and again. However, it didn’t quite make it and it all degenerated into a dull, cloudy day.

It didn’t keep us in, not us. We were out and ready to buy a new strimmer cable and were driving merrily along past St Mo’s school when the traffic all jammed up. The lights had been switched on and they weren’t properly phased in. Confusing signals from the lights on the roundabout and drivers unsure of what was being asked of them brought the entire roundabout to a halt. Really and truly, in this day and age I’d have expected a computer model to have been built to check the traffic flow. Yes, it would have cost money, but so do six technicians wandering around with their chins on their hands, looking at the carnage on the roundabout and pretending they were thinking about it. What they were really doing was waiting for someone, anyone with a plan to tell them what they’d done wrong. Most of them were wearing brand new Hi Vis jackets, not a mark on them. These weren’t workies, these were managers, consultants and planners and all of them numpties. We managed to get through the mess and bought the strimmer cable then drove home. It was still the same when we drove round the roundabout a second time. Six numpties without a clue how to fix it. Oh dear.

We drove in to the new shops and this time we were buying!! Prices weren’t too bad. Haven’t checked the quality yet, but it’s another option for shopping and a competitor for Tesco can’t be a bad thing.

After lunch I went for a run and avoided the roundabout from hell. Drove over to Fannyside and got a few photos, but it’s just not the same as Venice or Dubrovnik, it’s just Fannyside. The best of a bad lot got PoD. On the way home, just for the fun of it, I drove round the roundabout which was doing what it says on the tin, making the traffic travel round it. Somebody, somewhere had found the solution. Ask a workie who would actually know what they were doing and get him to fix it.

Tomorrow we may go out to lunch somewhere nice.