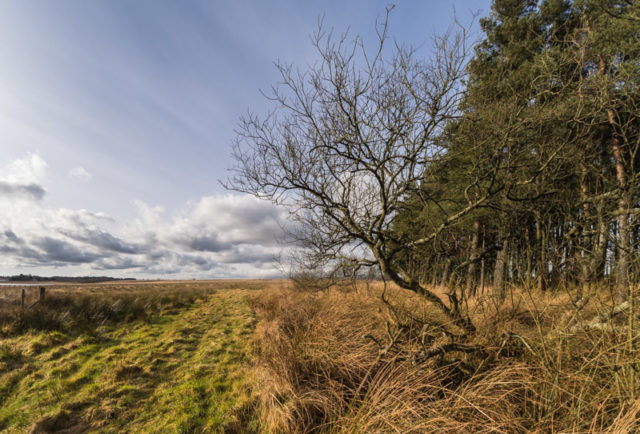 Nicky, the arborist, was coming today to give our rowan tree a short back and sides. He didn’t mess around.

He arrived just after 10am and got to work straight away. He trimmed all the low lying branches and then some of the higher ones that were easy to reach with his expensive Japanese draw saw (cuts on the back stroke, like most Japanese tools). The next thing I saw was him strapping himself into his climbing harness and throwing a climbing rope over one of the sturdy upper branches. After that, he was up, up and away cutting a swathe through the branches that overhung the garden. I think it was at this point that Scamp became nervous and began to wonder if going to hack too much away. However, like a half cut head of hair looks in the hairdresser’s mirror, you have to have faith in the expert wielding the scissors, or in this case, the Japanese saw. By the time it was finished, the tree looks a lot more open. Light will get through and so will the air. He assured us that the ‘wounds’ (his word) would heal quickly and encourage new growth. Like the new hairstyle, it will take a bit of getting used to, but in a few weeks it will look fine.

All that was left was the disposal of the cuttings. That was going to take a few bucket and bag loads, about half a dozen in fact and since I was going to the skips today anyway, it seemed a good opportunity to make good the fresh start. With that in mind, and after Nicky had left we set to with the loppers and chopped all the branches into manageable pieces, bagged them and I took them in the car along with the rubbish from yesterday to the skips. The world and his wife were there too, dumping rubbish. We really do live in a throw away culture. At least the tree cuttings could be chipped and composted. Not so the rubble and timber. That will probably go to landfill.

Best laugh of the day was when we were doing our final tidy of the garden. An old bloke was walking past on the path behind the garden when I turned to Scamp to ask if some old rotten wood was going to. He turned to me and said “Would you mind keeping your voice down. You nearly woke me there.” I looked and he smile, so I said in my sincere voice. “My apologies.” We both laughed and he walked on. Just a wee bit humour gets you through the day sometimes.

After I dumped today’s stuff in the skips, I took a drive over to Fannyside Moss and got today’s PoD. It was taken with the Samyang fisheye lens. Drove back via St Mo’s with some bread to feed the wildfowl, although the greedy gulls got most of it. I know you’re not supposed to feed them on bread, but they didn’t seem to get that memo.

There was sad news at Salsa tonight. Our dwindling class numbers have made it impossible to continue the 7.30 Advanced class which has been running for 10 years in the same time slot in a variety of venues. We have only four weeks left in it and then we may have to look at joining the 8.30 class on a Wednesday. It’s nowhere near as good a class and the 8.30 time isn’t ideal. We may have to look for pastures new. 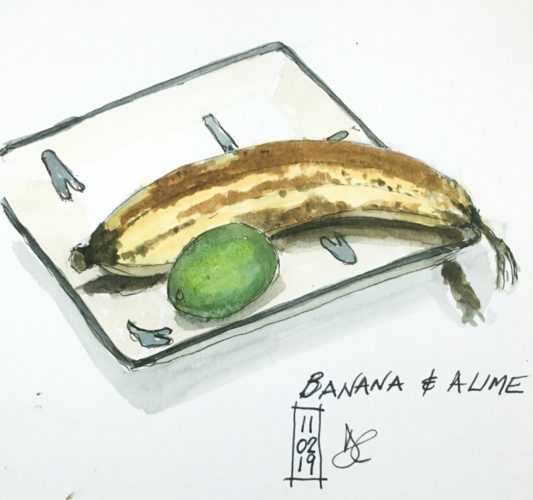 Today’s sketch of the banana and lime was done while listening to Masterchef, but I painted it under the light of a daylight bulb in the painting room otherwise the grinding of my teeth at the inane comments of the ‘fat bastard’ Gregg Wallace would have upset Scamp.

Tomorrow Scamp is out to lunch and I may, just may take the bike out for its first run this year.