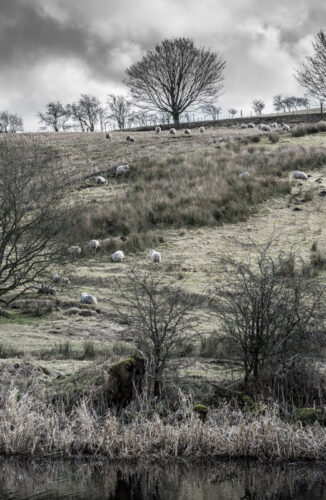 Beautiful morning, so up and out in the morning.

We drove down to Auchinstarry and walked along the towpath of the canal out to Twechar and back along the old railway. On the way out we saw two Goosanders with two ducklings. First time I’ve seen baby goosanders. Loads of cyclists out this morning making good use of the springlike weather. We found some snowdrops at the start of the railway path, a great swathe of them. Wonderful views of the hills too. It was good to be standing in the countryside, actually IN the countryside for a change.

The walk back along the railway was a bit of a disappointment. The works that have been ongoing since autumn and now proudly advertised with a big billboard are still only part complete. True, the path through Dumbreck Marshes had been upgraded and a couple of the big holes where the River Kelvin had worn away the side of the paths had been repaired. How long the repairs will last I wouldn’t like to say, but that was it. That’s a good few month’s ‘work’ with very little to show for it. Scamp seemed to just accept it and I ranted about what a waste of money it was. Then I shut up … for a while. 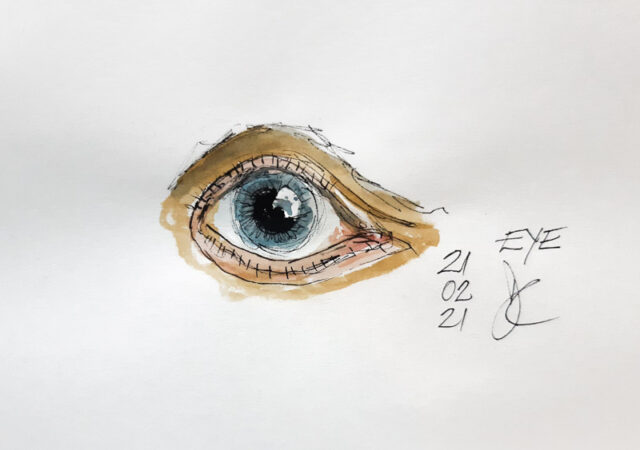 Drove back for lunch and did a bit of painting, catching up on yesterday’s sketches that I’d had a mental block with. Finally got yesterday’s and today’s drawings done. PoD was a gloomy looking landscape shot of sheep in a field near Auchinstarry. 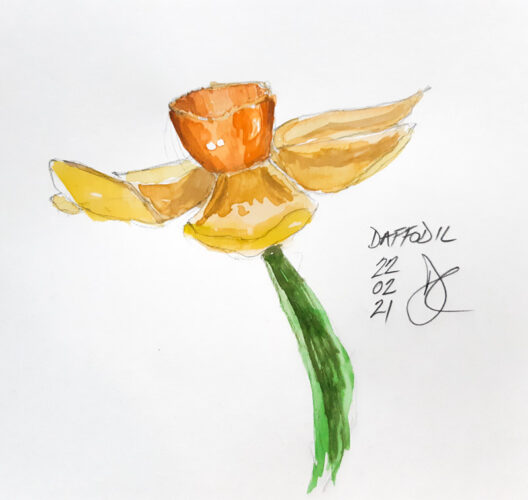 All in all, it was a good day. Still experimenting with and testing the new lens. Trying different subjects. Today’s sheep picture was taken with it and although it’s classed as a short telephoto, it does produce really sharp landscape images. I’ve still not quite worked out how to best use it as the macro it’s supposed to be. To be honest, though, it’s not the best time of year to be photographing macros. In another two or three weeks there might be some more interesting things to photograph.

Tomorrow it is going to rain a lot, by the look of the weather map, so we will be stuck inside I presume because we’ve only one pair of wellies between us!