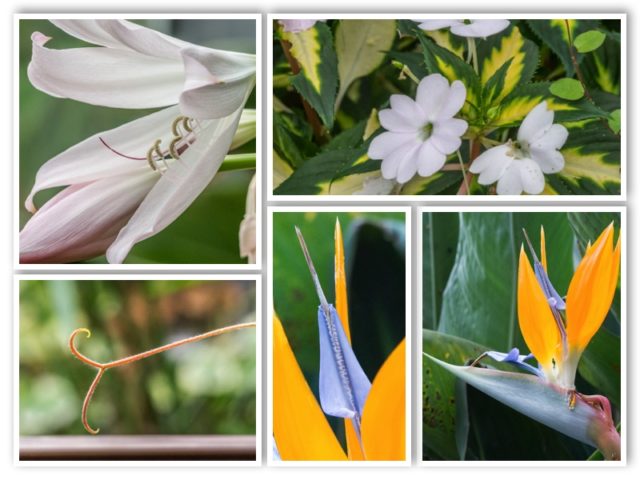 I heard that today in the congested and now quite tacky shopping centre in Dunfermline.  While Scamp was off looking for bargains in Debenhams, I was trying to get my iPhone to burst into life with no success and I overheard a snippet of conversation between two blokes.  One asked the other why he was in town today and his pal replied that he’d offered to take his wife for a walk in the country, but ; “If there’s no shops then the ba’s burst.”  I liked that way of saying that there was no point in taking the conversation any further.

Previous to this we had walked through Pittencrieff Park which for once was almost empty of people.  Loads of squirrels though and a few dogs intent on chasing them, but not too many people.  It was very dull and damp and not conducive to a walk in the park, so I don’t really blame the folk for staying in the warm.  We went into the warm of the glasshouse and I got a few flower photos.  Now flooers used to be a sign of failure to get a decent photo, but these flooers were beautiful living blooms and gave the possibility of creating a shot.  I notice a lot of American photogs talk about ‘making’ a photo rather than ‘taking’ a photo.  I think it was Ansel Adams who started using that term many years ago and to be honest, how many times do we simply ‘take’ a shot?  More often than not we ‘make’ or ‘create’ the shot either by post-processing or by posing the subject the way we want them or it to be seen.  These were ‘made’ photos of flowers.

Previous again, we had chosen to bus to Dunfermline today after yesterday’s long drive out west.  It’s a relaxing run across country to the middle east and out into Fife and one I don’t mind doing on the bus, especially as this is a real express with very few stops.  However, the driver had forgotten to switch off his microphone and we were treated to all the squeaks and rumbles from the springs in his seat, at least I hope it was from his seat.  We were also given a chance to hear the bloke behind’s choice of music through his less than effective noise cancelling headphones.  Worst two things about Public Transport are the Public and the Transport.  I know I’ve said that before, but I thought it sounded so good, it was worth repeating 🙂 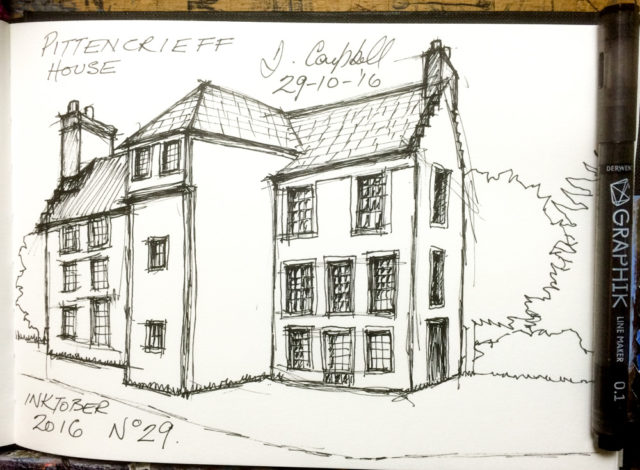 Today is day 29 in Inktober and today’s sketch of Pittencrieff House was done in the open air again.  The house was built by Sir Alexander Clerk of Pittencrieff as a simple laird’s house with two stories and an attic around 1635.
Drawing the windows was a nightmare as no two windows are the same size and no two windows line up with each other.  Only the attic windows share a top line.  Not surprising given the age of the building.

I did get the iPhone started again while we were having a cup of tea each before heading for the bus home.  After holding down the home and power button for about 10 seconds, it grumbled into life.  I still don’t know why it went in the huff.  Maybe “the ba’ was burst”.