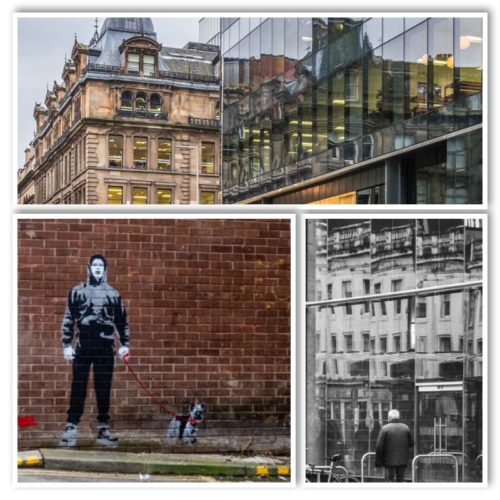 Morning came too soon today after a late night yesterday.

Worse still, there was a lot to do and so it was a quick breakfast and start the baking for Scamp’s Gems party.  For me, that was bread first.  Hand made.  Kneaded and set to prove in a warm kitchen.  While the dough was rising, Scamp went to buy Tesco while I made the scone dough.  Unfortunately I made the beginner’s mistake of forgetting to put the oven on, so I faffed around for a while while the oven heated, with the result that the scones didn’t turn out quite as well as I expected, but that’s just the way things are.  If you’re making them for yourself, they turn out fine every time.  When you’re under pressure to produce, that’s when mistakes creep in.  By comparison, the bread looked very good and behaved exactly as it should, rising perfectly.  I’d a bit more things to do, a bit of furniture moving and adjusting, but after that was finished and I’d had a lunch of sorts, I made my excuses and left before the festivities could begin.

I drove in to Glasgow to make my final purchase from an actual shop for Christmas.  With that complete, I was free to wander and take some photos.  I took a few of reflections in the 110 Queen Street building.  I’m sure it deserves a better name than a postal address.  Something like the bendy glass building would be more Glasgow than 110 Queen Street.  The kidney building would do because it’s kind of kidney shaped.  Answers on a postcard please.  Along the way I picked up the new – old Dylan album from 1966 allegedly from the Albert Hall, but actually from the Free Trades Hall in Birmingham, but still reminiscent of that era when Dylan truly was God on Wheels.  Picked up Jackie and drove home.

Salsa tonight.  The Kizomba is finished for us for now.  Great night with three new dances, the best named dance was Oti Biscuits.  I kid you not!

Tomorrow we are hoping will run at a more leisurely pace.  We will see.