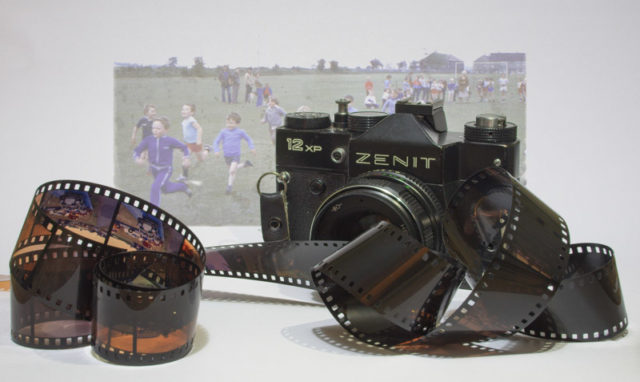 Tae buy the wean a bell.

It was a dull morning, but it didn’t matter.  We were off to Hamilton.  Not “Tae buy the wean a bell”, but to have a curry in the Bombay Cottage.  We hadn’t been there for years and then my brother mentioned that he and his wife were going there and we decided we’d try it again to see if it still retained its former high place in our memory.  It did, and it still does.  Surprisingly, even after twenty odd years some of the original staff are still there!

After that, we were driving home when I suggested we go for a coffee at Robroyston, and that’s what we did.  Two flat whites and two pieces of sweet stuff, because it was the weekend.  When we were driving home from there I could see the light on the hills starting to shape up nicely, but knew that if I chased it, I’d be too late.  Sometimes it’s better just to watch it than try to capture something that doesn’t represent it at all.

Back home, Scamp started to tidy out the “Towel Cupboard”,  although it holds more electronic bits and pieces now than towels.  That’s where we found the film canister with some processed slide film.  Three short 12 exposure strips which I’ve now scanned and stored in Lightroom.  Lots of memories.  Some of places that are no longer there.  Some of people who are no longer there.  Some of people who’ve grown up.  All of them interesting to us.  Glad I found them.  One of the images found its way into today’s PoD, along with the film strips and an old Zenit 12 SLR.  Quite a lot of work creating the finished image, but I won’t bore you with the details.

I used the small Manfrotto tripod to shoot the basic shot.  I had to make myself a new tripod screw because I lost the last one during the week down the Luggie Water.  Tonight’s was made from a 1/4″ Whitworth bolt and a small piece of a brush handle.  Quite proud of my work!

Tonight’s entertainment was “Sing” from Netflix, because there was nothing else worth watching on terrestrial TV.  What a find it was.  Just a bit of fluff, really but the animation was quite excellent, much better than some of  the crap that was on over Christmas.  Really enjoyed the music too.  It’s not often we both laugh out loud at something on TV, but we did tonight!

Tomorrow if the weather is bad (and it’s forecast to be) we are booked to tidy out the entire “Towel Cupboard”.  That will be a difficult one.