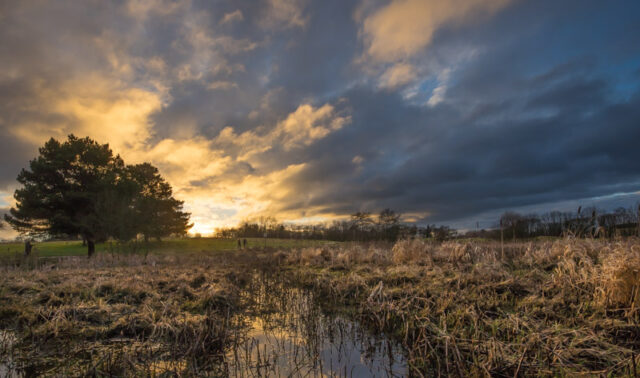 We were waiting for a parcel, a parcel for Scamp this morning. That and the fact it was raining meant we simply HAD to stay in.

Once the parcel had arrived, just after 11.30 we could safely have lunch without worrying about going to the door, with clown red mouth, to collect the parcel from the DPD, because it was tomato soup for lunch and it always gives me a clown red mouth. With the parcel safely delivered, opened and the contents tested (moisturiser and girlie stuff) and with lunch over, Scamp went out to post a letter while I footered about on the computer before getting my boots ready and going for carnivore food for tomorrow’s dinner. The pescatarian was having fish, of course. We almost passed like ships in the night, me going, her returning at the door. I took a detour and walked round the back of St Mo’s school on my way to the shops, hoping for something interesting to cross my path, but I came home with wet feet, two bags of messages and half a dozen uninteresting photos. However …

However, as I was coming home the sky was clearing and the rain had definitely stopped, so I quickly changed sox and boots and lenses and went out again with the short lens setup. Sigma 10-20mm on an adapter, standard kit lens and Samyang 18mm. The light responded happily to my change of kit. The low sun was shiny and gold and it was lighting up the trees beautifully. I took the shot, but knew it wasn’t what I wanted. I wanted a bit more drama and the best way to get it is to shoot into the sun. Forget the rule that says you should always have sun over your left shoulder. Rules were made for folk to break them. I chose a spot on the boardwalk that allowed me to shoot in to the sun and get a bit of reflection from the sky on the clear channels around the pond’s edge. About twenty photos later I came home much happier than I’d been coming home from the shops.

Photos roughly processed and favourites earmarked for further tweaking, I started the dinner. Dinner itself was easy, it was just a case of reheating yesterday’s curry, warming up the flatbread dough that was left over from last night and cooking the rice. We’d decided to have pakora as well as the curry, as a kind of starter. The last time I made it, I made too much and we ended up the starter became the dinner. Not so this time. Four mushroom pakora to share and about ten cauliflower pakora to share, not too big pieces either. It actually turned out quite good. I’ll never be able to make that batter again, because it was a bit of this, a bit of that and just enough sparkling water to make it sticky without being stodgy or runny. It was voted a success. A wee glass of cheap red afterwards sealed the meal.

Later in the evening a G&T while we watched the comedy show pretending to be a whodunnit called Death in Paradise. Worth watching just for the tropical views.

The picture of the Golden Hour (the hour just before the sun sets) got PoD. Old glass on a new camera.

Tomorrow we’re planning to go for a walk and later have a posh dinner in.