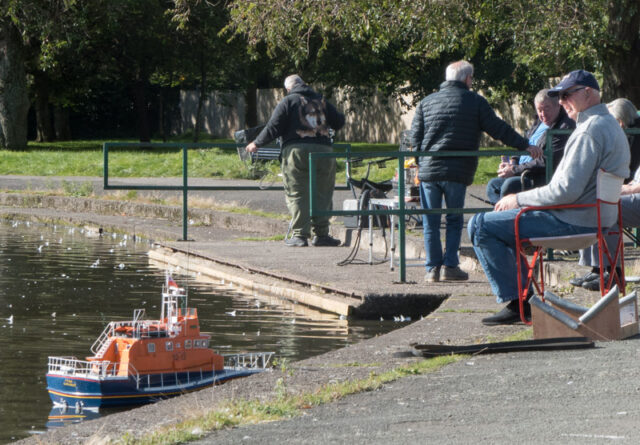 Continuing on our theme of daily walks, today’s destination was Glasgow Green.

Scamp drove us down to Glasgow Green in the Red Micra. We parked in our usual place and after inspecting the chestnut trees to see if there were any chessies although you may know them as ‘conkers’, we continued past the now closed People’s Palace. No people allowed in today. Walked the length of the path, past the folk practising hurling. I thought it might have been shinty, but I just checked and the sticks are definitely the spoon shape of a ’Hurley’ rather than the murderous ’Caman’ of shinty. There, I’m sure you’re as glad as I am that we’ve got that sorted out.

Walked back by the side or the river observing the ‘Keep Left’ signs that ensure social distancing. Stood for a while on the suspension bridge, watching the rowers on the river looking very efficient and freezing. It was only 0.5º this morning when I got up and the temperature hadn’t risen much when we were out walking on The Green. No ice floes on the river though, so it can’t be winter yet. Because it was such a lovely morning we continued on and crossed the river to Richmond Park. It’s really in a sorry state these days. I’m sure the council will blame Covid and problems with maintaining a workforce in these days, but the neglect here is more than the six months we’ve been under the cloud of the virus. This is an out of the way park, half of which has been sold off to developers and the other half left to wrack and ruin, and don’t get me started on the demise of the Wintergarden of the People’s Palace.

However, there was life here. There were boats in the boating pond. Not rowing boats, but radio controlled model boats and it was here we met the man from Malta. We were sitting watching these detailed models sailing up and down controlled by their makers when this bloke came up and started telling us how he originally came from Malta, but moved to Glasgow when he was six. He told us how he’d seen the pond when he was coming home from school and thought it was the sea and how his dad gave him a severe telling off for being late home. He now has six or seven boats that he sails on the pond at weekends. He left saying that it was a great hobby and if I wanted to take it up I should join the club. I think I have enough roads for my money to go these days without building model boats. We walked round the rest of the park before retracing our steps to the car. Gone are the days for a roll ’n’ sausage and a cup of coffee 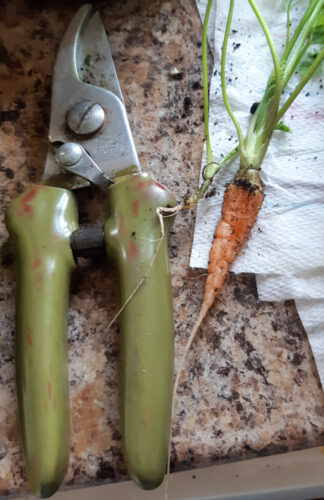 for me or two slice of toast and tea for Scamp in the Wintergarden.

Back home, Scamp finished picking the remaining apples from the trees and we emptied the last ‘tattie bag’. We got lots of apples, but just enough tatties for tonight’s dinner. We also lifted one of the leeks and cut some kale for soup. I even lifted one of my carrots which also made it into the soup. I managed to burn today’s stew, but also managed to salvage enough for my dinner along with the potatoes we’d lifted.

PoD went to the boatbuilders at Richmond Park. The man from Malta is slightly right of centre with his back to the camera. I liked his story and the fact he took time to speak to us.

Tomorrow I’m hoping to have coffee and a gab with Val.