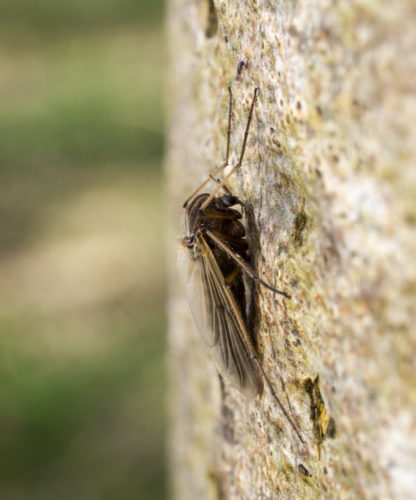 Today I became that man, the man who worked in the garden.

I didn’t do it for very long, you understand, just long enough that it was noted, and I wasn’t alone. Scamp was making sure I didn’t do anything stupid, like dig up any of her plants. I dug up two leeks for her to put into soup, gently forked over that area of the raised bed and planted some Ambassador peas in their place. After that I hoed over the remainder of the bed to break up the soil and displace the weeds that were beginning to show themselves. It looked a lot better with the soil broken up a bit, so I then turned my attention to the flower bed beneath the window and broke up the soil there too with the hoe. I’d forgotten how satisfying it was to use a dutch hoe to get rid of weeds and to aerate the soil. While I was there, I cleared out a few pots from the greenhouse leaving more space for the pots with actual plants in them, not just weeds. Scamp was busy planting pansies in a long trough that hangs on the fence. With that all done, I felt I’d actually done something in the garden for a change. It was a cold day, although the sun was warm. We don’t get much sun in the back garden and today was worse with a north wind blowing right into it. We adjourned for lunch.

After lunch I went for a walk over to St Mo’s. Scamp encouraged me to go, but stayed inside herself. I think she needs just as much ’me time’, as I do. St Mo’s wasn’t too busy today, I think that north wind again kept people inside, using the ‘self isolating’ reason to stay warm. There wasn’t much to see, but I did get a chance to take a three frames focus stack of a fly basking in the sun with the hedge sheltering it from that wind. Other than that, there wasn’t much to recommend it today, so the fly grabbed the PoD. Still can’t find those bracket fungi with the oyster shell pattern.

After dinner I slapped more oil paint on the acrylic underpainting and have now just the tree to add. I say “just the tree”, but it’s not as simple as that. Trees are difficult for me and as this is the focal point of the painting, It has to be reasonable accurate. A bit of practise needed tomorrow before I take the plunge. The lack of a ‘CTRL Z’ button really is an oversight on the part of the people who design paint brushes.

Other than practising painting trees, we have no other plans for tomorrow. Maybe a walk if the weather is decent? Maybe dancing practise if it’s not? Who knows.

“The man who worked in the garden” was the unseen gardener in Bill & Ben the Flowerpot Men. Just incase you didn’t know.