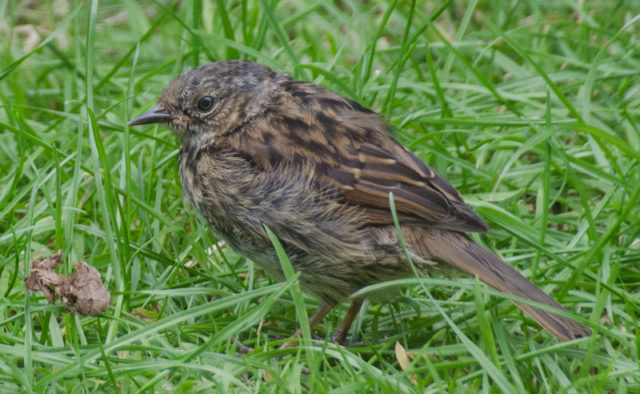 Sometimes you see something that makes you smile and it lifts your spirits.

Up early, early for us, that is. Just after 8am we decided we should get on our feet and have breakfast with our visitors who were already on the go. Half an hour or so later they were getting into their taxi and heading for the 10.30am Skye bus from Glasgow. So, much earlier than normal we were fed and watered and wondering what to do with the rest of the day.

First things first. Get the sausages out of the freezer for lunch. Get the important things done! Next was a reinstatement of the back room, ready for today’s sewing marathon. Then, perhaps, a cup of coffee.

The first task at the sewing machine today was to stitch the front facing (I know what that is now. It’s the bit behind the front that gives extra strength for the buttonholes!) to the front lining. Because its edge is curved and also because the front lining is curved in 3D, not flat (you have to see it to understand) you have to ease it round the complex curve with little cuts in the fabric. With both sides done, the time had come to assemble the waistcoat proper. Scamp and I tried every way we could think of to achieve this, because it has to be assembled inside out, then turned in on itself and pulled through a small gap in the stitching to be right sides out. Think of it as a fabric Klein bottle  and you get an idea of the size of the problem. Eventually we agreed on a way forward which meant that the entire extent of the sewing had to be pinned, then basted before I felt confident enough to start sewing. As this topological discussion had wrapped itself around lunchtime, we were now in the mid afternoon.

I’d grabbed a few shots of a wee bird in the morning and that became PoD. It’s a young Dunnock.

We didn’t know whether to go to Sunday Social or not. The weather was getting wetter and wetter as the day progressed. We both wanted to be there, but couldn’t be bothered to get there. We finally agreed to go dancing for an hour. Drove in to Glasgow and danced for an hour and a half and enjoyed it as we knew we would. Saw most of the usual crowd, but also a few folk we hadn’t seen for ages.

We were sitting at the traffic lights, waiting to turn into Dumbarton Road when this asian boy walked across in front of us, rolling up his black golf umbrella as he went. Then he made a scabbard with his left hand on his hip and with one fluid movement slid his umbrella into its scabbard. He had a satisfied smile on his face as he did it. Obviously a Partick Samurai.

Tomorrow is Monday, but still no Gems and the prospect of dancing in the STUC building at night. Weather to be … Scottish!