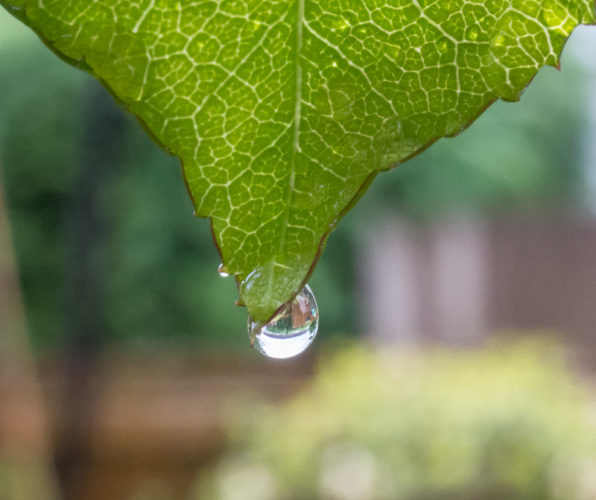 Thankfully, it brought some rain too.

The day started out as it has done for the last month, with white skies, then the sun broke through. We hadn’t settled on anywhere in particular to go, but Stirling was on the cards as a possible. Drove in to the town, or should I say the City as it achieved city status in 2000. Wandered round the Thistle Centre (but didn’t see any thistles). Got a pair of chinos and a short sleeved shirt. Scamp was impressed that they colour matched. Me, I knew they would, I’ve seen the colour wheel, you know. I can even recite the colours primary and secondary in their correct sequence. Tertiary, that’s a bit more tricky. Had lunch in Nero and then came home, becoming more and more concerned about the heavy, lumpy, dark grey clouds.

We were just leaving the car park when the first drops hit the windscreen. By the time we were entering Cumbersheugh, the rain was heavy and it looked as if it had been heavy for some time. There were occasional flashes of lightning, and a few rumbles of distant thunder. Not long after we got home it started to roll all around us. Just to emphasise the point, the rain started in earnest, creating a nice wee river down past the house.

It took about three hours for the thunderstorm to completely subside and then the sun came out and shone as if there had been no rain, no thunder and no lightning. I got today’s PoD from the kitchen door, looking at a rose leaf with a neat little droplet of water creating a lens.

Went to start working again on the Linx, but it told me that Windows wants to complete the upgrade and it may take some time. At present it’s doing a backup that will hopefully allow me to undo all the bad work it is planning. Devious bastards Microsoft.

Knee is getting a bit painful. I’m going to get the results of my blood test on Monday and I think I’ll ask the sister if there’s anything I can do about it. If all else fails I’ll go and see David the Physio for some torture Oops, I meant treatment. Paracetamol isn’t working all that well on it.

Nothing planned for tomorrow except dancing in a new venue in Glasgow – Maracas. It’s a new cafe in Cambridge Street. Not sure how much I’ll be able to dance, but I’ll give it a whirl, I hope.