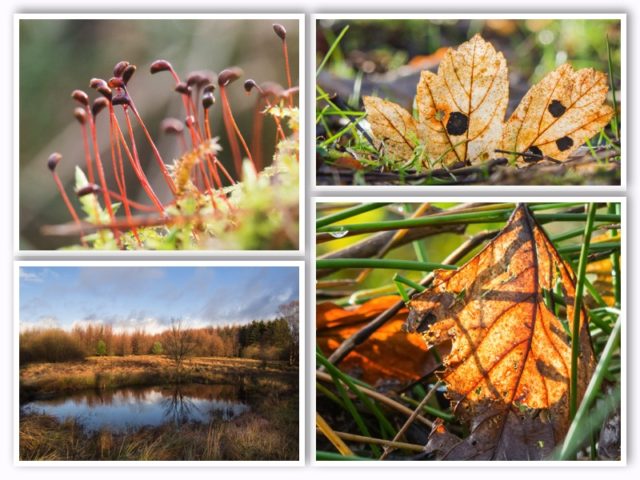 It was grey and dark when we woke and didn’t improve much for a few hours.

After the dull start, the sun broke through and I decided to go out and get some photos. Just because it’s a Monday, a Gemsday, doesn’t mean I have to follow the usual pattern and do things in order. The sun was out and so was I. The mosaic above shows that the sun did actually shine for a while. The weather forecasters were going crazy telling us there would be snow for hours tonight with compromised travel arrangements tomorrow morning. I didn’t care. The sun was out and so was I. It wasn’t really cold either. Not exactly shorts and tee shirt weather, but decidedly not cold.

When I got home, the house was sparkling as it usually is on a Gemsday. Not that it’s ever dirty, but it gets that extra little burnish on a Gemsday. I’d started a painting this morning before I went out, when the sun was still hiding, so while the singers were assembling downstairs I put another layer of paint on it. Strangely I’d messed around with this method a few months ago and hadn’t really settled down to finish any of the paintings. Maybe I should dig them out from where they’re hiding and finish them off. Anyway, once I’d reached a point where the paint needed to dry, I left it on the easel and headed for the gym.

I did 15 mins on the recumbent bike and then 10 reps on three of the machines then a final 10 minutes on the walking treadmill. That was enough. Got changed and went for a swim then a soak in the steam room before heading home.

Salsa tonight was centred on the twisty, turny Gorila (one ‘L’) from last week. It’s not getting any easier, especially when we try to dance it. I think I managed it twice out of the six or seven attempts tonight. Maybe we’ll practise tomorrow.

Couldn’t get parked tonight. Everywhere was full in the carparks. When I came in and reported that, Scamp said airily “Oh, there are spaced further down the road.” Did she offer to go and park the Juke? Don’t be silly.  I went back out in the sleet and parked it on a different street, something I don’t like doing. Hopefully it will still be there in the morning.  Not in a good mood now.