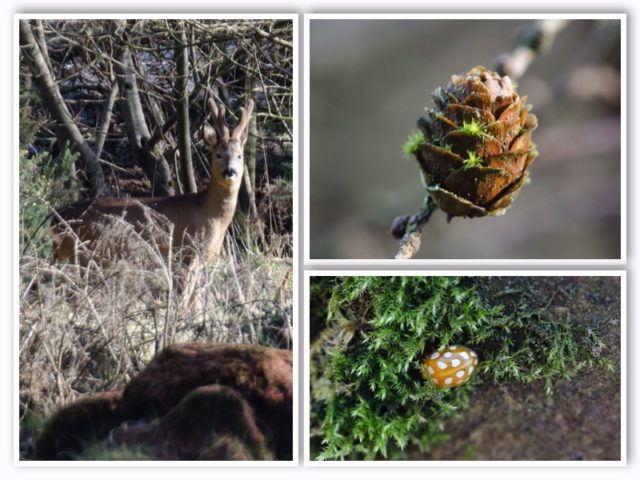 Up early and out to get milk and bread, the staples.

It was Mothers Day today and it just didn’t seem right for Scamp to make the breakfast. She’s not my mother, but she looks after me as if she is. That’s why I got up and drove to Tesco to get the milk and bread, and also a bunch of bananas, not flowers, bananas. You can’t put flowers on your breakfast Bran Flakes, don’t be silly. Tesco looked like a scene from a zombie apocalypse movie. Empty shelves everywhere. There was milk and bananas, but almost no other fruit.  [Thinks: Do zombies not eat bananas? ]  Now I know we’ve been away for a week and the snow has been bad here, but surely the Tesco lorries were getting through? I know Nicola Sturgeon was condemning the lorry drivers for clogging up the motorways with furniture lorries, but essentials like fruit and veg, that’s different. The apples and oranges should get through. Likewise the bread. My God, there was no plain loaves in the rack!! There were the thick cut loaves, but nobody eats them even if they’re were starving. Heavens, even zombies don’t eat them.

Came home made breakfast then sat down and typed up the last two days blog entries. Now we’re all up to date, I can relax. My reading public will not be on tenterhooks wondering if we got home, safely from our Week In A Warm Place.

That took me to about lunchtime and, as the sun was shining from a blue sky, after lunch I went to see if St Mo’s was still there and not under about three feet of snow still. I needn’t have worried, the swans were swimming, the birds were singing and the deer were out grazing, so I took the opportunity and snapped a few shots of them before they ran off. I also found my ladybird, the little orange one with the sixteen white spots (Halyzia 16-guttata), that I’ve been keeping an eye on since the beginning of the year. Except that it was no longer a solo ladybird, but a member of a trio. Three little vegetarian ladybirds clinging to the same tree. Two shots in the bag. Next shot was just of a pine cone with little tufts of moss growing from it. I liked it best, and it became PoD.

Dinner was a roast chicken from Tesco. At least there were plenty of them. Apparently zombies don’t like chickens, maybe chicken’s brains are too small to be worth eating. They (the zombies) do, however, like ice cream, because the freezers that are usually full of it were empty. There seemed to be no logic in the empty shelves. The ones you’d expect to be empty like the dairy aisle were full and the one’s that are more luxury items like ice cream had been pillaged. There’s just no accounting for folk.

That was about it apart from running the washing machine almost all day. Tomorrow I’ll probably put the cases away until the summer and, as it’s a Gems day, I’ll maybe go to the gym.