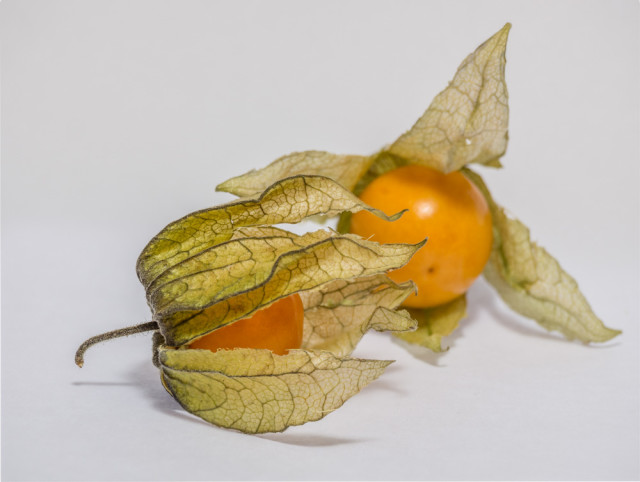 Another uninteresting day with nothing much to recommend it.  Windy and wet with occasional chances for the sun to burst through for a few minutes.  Driving rain from the south for a change.  It washes the windows if nothing else.  Every time the I decided to take a walk and get some photos in the bright spells, the rain would start again.  Scamp and I went to the gym instead and did a bit of exercising, but as she had a lunch appointment, we didn’t get a chance for a swim.

Did a bit of painting, but left it unfinished again.  Made some lemonade scones.  Simple recipe:

Makes roughly 12 scones and they are as light as a feather.  Even Scamp agrees, it must be so.

Today’s photo is physalis 1 .  It was produced using a combination of different technologies.  The camera was mounted on a tripod, an old Bilora that I bought second hand for a couple of quid in a house clearing about forty years ago.  The other technology was the brand new Pixel remote trigger.  Old and new technologies managed to produce a good image when used together.  Hoping for good weather tomorrow, but more snow forecast.  We’ll see.