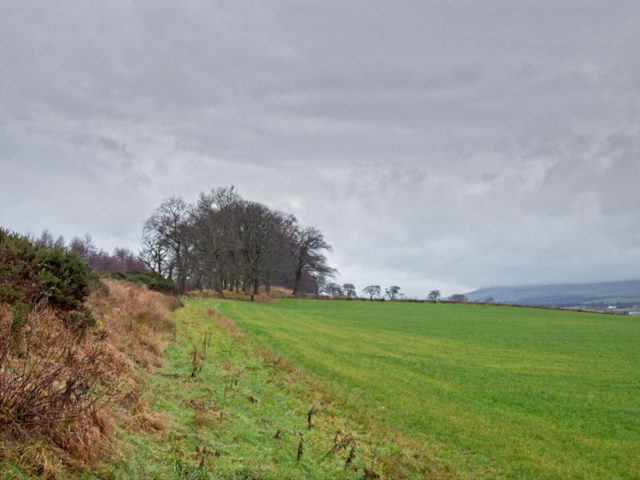 Woke to rain, and that set the theme for the day.

Scamp was still suffering from a heavy cold, but was determined to meet Nancy at The Fort (our second home this week, it seems). I stayed in to wait for a parcel for the new Toy Off The Rack. It didn’t come. However I did get some other things parcelled up, things that had been lingering in the back bedroom for weeks. Hope they haven’t gone mouldy in that time. Anyway, they’re under the tree now, under the watchful eyes of Fairy and Fairy Nuff.

With a bit of peace and quiet to myself, I set to and made a couple of videos on One Point and Two Point Perspective for Margie, one of Scamp’s Gems singers who does a lot of sketching and painting, but has never mastered perspective. Hopefully they should help. Links at the bottom of the page in case you’re interested. I say I made a couple of videos. In actual fact I made about half a dozen, but most of them showed the bald patch on the top of my head, rather than any drawing. I just couldn’t get the camera in the right position, even when I was using the big Manfrotto tripod behind me in its most inelegant yoga position with one leg pressed horizontally against the wall while resting on the chest of drawers and the other two legs at various angles and extensions on the floor. I eventually gave up and used a neat little iPhone holder that Hazy gave me years ago and fixed it on the small Manfrotto tripod, sitting on the tabletop and filmed the whole thing on the iPhone. That worked perfectly. Simplest is sometimes best.

When Scamp returned I went out to get stuff for dinner and to take some photos. Today’s PoD is of part of the Antonine Wall at the east of Cumbersheugh. It was taken in the last of the afternoon light and in what turned out to be a fifteen minute window in the rain that persisted the rest of the day. Tried processing it in Lightroom and On1 and the latter won hands down. Ok, it’s not perfect, but neither was the weather. Dinner was chicken curry made with the excellent Patak’s Paste Pots.

Tomorrow I’m hoping to go to the butchers to get my Christmas steak.