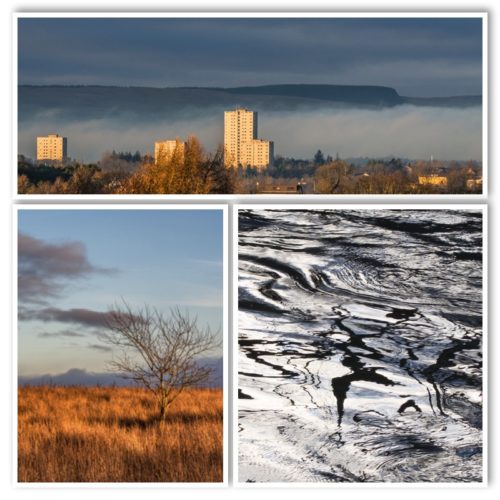 Another aimless day mostly spent under grey skies with the occasional shower of rain falling to give a bit of variety.

I spent most of the morning working with and learning to use AirTable, a multi-platform database that Hazy alerted me to.  Up until recently I’d used Bento,  the delightfully simple database for IOS and OSX.  I don’t use it much on the Mac, but it’s always there on my phone, especially the books database.  If I’m browsing in Waterstones and see a new book I like the look of, I type its name into my Bento Books Database, along with the author.  Then, when I have the time, I look it up on Amazon to see a price I’m willing to pay.  More recently, I have started looking in my local library e-book list to see if there is anything there.  Unfortunately, NLC library don’t have a great deal of e-books in THEIR database yet, but it’s always worth a look.  Once I’ve borrowed or bought a book, I tick it off as ‘Checked Out’ then later when I’ve read it or junked it I mark it either ‘Keep’ or ‘Drop’.  All done on Bento.  Unfortunately, Bento was itself ‘Dropped’ by Filemaker for reasons best known to themselves in 2013 (ish) and users were encouraged to replace it with Filemaker Go which is free, but really requires Filemaker Pro which costs around £170.  A hefty price to pay for a book database.  Enter AirTable which seems to fit the bill of price (free for non-commercial) and power.  I had a bit of a problem getting my Bento database into it, but with some HazyHelp, it worked a treat.  The main problem was that Bento on the phone wouldn’t sync with Bento on the Mac.  I gave up looking for a solution and in the end, just typed in the details I was missing.  Not comes the big test, when I take it out in the wild tomorrow to see if it cuts the mustard!

Went for a walk down the Luggie Water in the later afternoon, while Gems were invading the house, but saw very little apart from the ‘Ripples’ shot.  Drove up to Hulks Road, a wild bit of country road on the outskirts of Cumbersheugh, and got some lovely light on the landscape after such a dull day.  That’s where the rest of the shots came from.

Salsa tonight was a disaster.  I couldn’t remember the move we did last week, despite having watched our record of it before we went out.  Worse still, we did Chi-wa-wa (sic) which I know and like, and I couldn’t get that either.  I must have been one of the few leaders who actually knew the move, but was the only one who couldn’t get it right.  Embarrassing?  Just a little.  Lots of folk there tonight who hadn’t been to class for ages.  Good to see.  Scamp and I went for a coffee and a soft drink with Catherine and Linda after class to catch up with everybody’s news.

Tomorrow we may go to Perth for coffee and the run.  Weather looks as if it will cooperate.