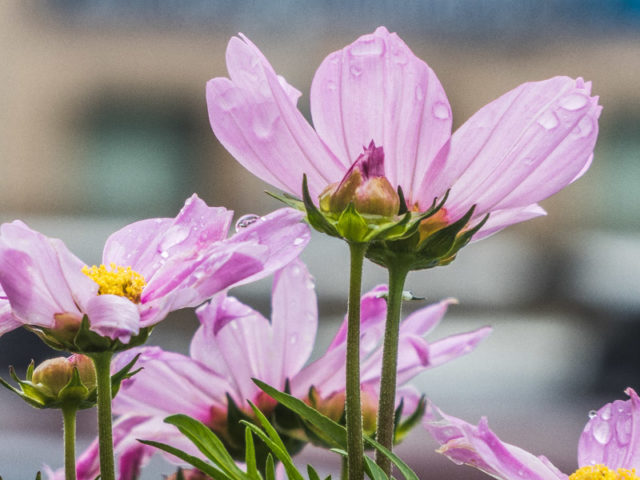 It wasn’t the brightest day when we got up today, but there was the prospect of better weather. We had been to Glasgow yesterday and there were twenty two men running around a piece of grass there today, so we headed in the other direction instead. We went to Stirling.

Drove from improving weather into drizzly rain and parked in the Cooncil carpark and paid our £1.40 for a day’s parking which must be the best value in Central Scotland. Before we got out of the car we agreed on ‘doing lunch’ and in particular, going for a curry.

We went to our usual curry shop and it was fairly busy at just past midday. Ordered and, by the time the starters had arrived, so had about ten other folk who were queueing out into the street. One dafty was standing half in and half out of the door, keeping it open so a cool breeze would waft over us all. If it had been January instead of June he would have got the “Shut the F&%$£@G door” message from everyone near the gale that would have blown in. Some people are not simply stupid, they are self-centred (if I’m going to be cold, everyone’s going to be cold) and stupid. A dangerous combination. Curry, by the way, was back to its old excellent standard as agreed by both of us. Only the pre-chopped nan bread was a disappointment.

Wandered around a damp Farmers Market in the town and then through the Thistle Centre where there seems to be a virus striking the shops in some areas with more boarded up than operating. Had a quick look in Waterstones, but there wasn’t much to tempt me to even get my Bento wishlist out of my pocket.

Walked back to the car in the sunshine that had blown in from the west I think. We stopped off at Waitrose to stock up on essentials and that’s where I got today’s PoD.

Back home I did some tidying in the garden. I planted out a few of the remaining spinach plants and then put pea netting around some of the pea plants. With strong wind forecast for the next few days, the pea plants may need that structure.

Today’s sketch was a last minute shot as anyone can see. Tomorrow’s will be

better. That’s becoming a bit of a mantra these days, I realise, but at least I’m getting one decent drawing a week, so the J’ Ink (which will soon become June Ink I think) is working.

To my daily readers, my apologies for the late arrival of this blog post, but I was running a bit late last night after deciding to bake a loaf and then make a late evening pizza which was very nice thank you.  Anyway, I decided to write it fresh today (Sunday) when my head was a bit clearer.  Nothing to do with the Raspberry Vodka I’d had earlier, nothing at all 😉