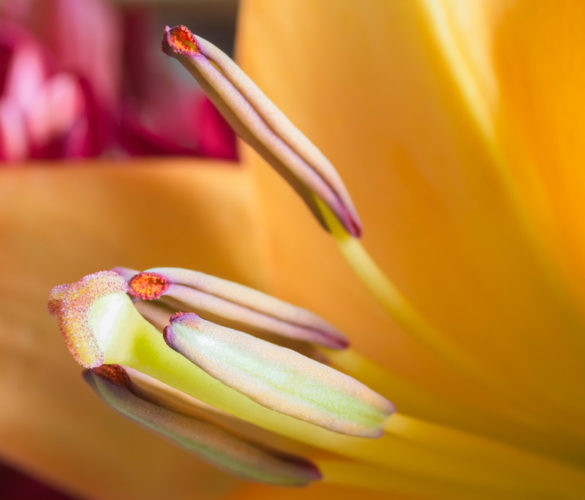 Well, he didn’t stay long did he. Although he did knock down two of our bins on the road out.

I think we were in a neat little pocket of still air while Storm Callum was bustling about all around us. Nice of him to topple our garden rubbish bin and our recycling bin as he left. He did drop a lot of rain though. It started about midday, just as I was heading out to meet Fred and I think it’s still raining yet at just before 10.30pm. What’s more, there’s a second, even heavier lot ready and waiting for us tomorrow. Oh what fun. And we were worried that there might be a drought during the summer. We were praying that they wouldn’t have a hosepipe ban! Now we’re more worried about flash floods. 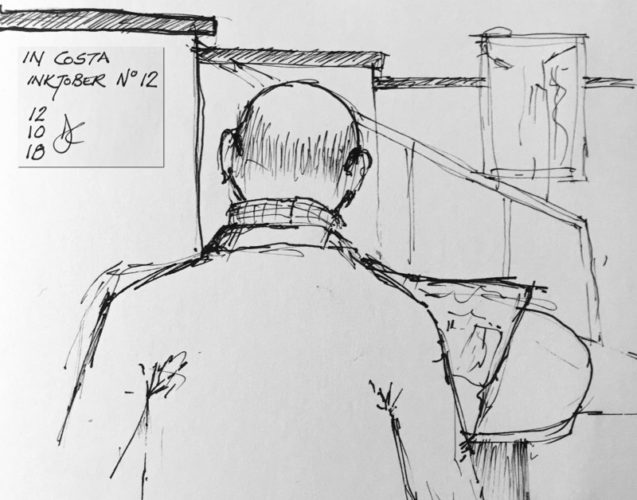 to rights as we sometimes have to do just before the weekend. Even Val made it for half an hour or so. While I was waiting for them, I thought I’d fill in the time and the last page of my sketchbook with a little drawing of the bloke sitting at the next table. He had his back to me as he read the paper, so there was little chance of him objecting to being my model for the day. Unfortunately, there are few interesting features on the back of a person’s head, so it was a bit of a dull sketch. So dull in fact that I forgot to sign it, so that was done on a separate sheet and pasted on in Photoshop. Yes, I could have done it in ON1, but that would have taken at least an hour and Photoshop’s so much easier when you’ve been using it for a while.

Drove home accompanied by a high pitched squeal from the car. The rain was torrential at the time and I’d nowhere to stop, so I soldiered on and it suddenly stopped. As the wipers were on full at the time, trying to clear the windscreen and the cavity where their motor sits was full of leaves, I suspect that’s what was causing the squeal. The mashed up leaves I found in the cavity when I got home seemed to bear out that theory, but I’ll keep a listening ear out for strange noises for the next few days.

Scamp made Chicken Curry for dinner and I made flatbread, saltless flatbread (by accident). Tasted strange, was perfectly edible.

Today’s PoD is ‘Flooers’, never a good sign. Other than raindrops running down the window (and I’ve done that already) there wasn’t much more I could do. I liked the close-up, almost macro shot of the anthers and stigma look really alien.

Hoping to get the bus in to Glasgow tomorrow to go for lunch in the rain!