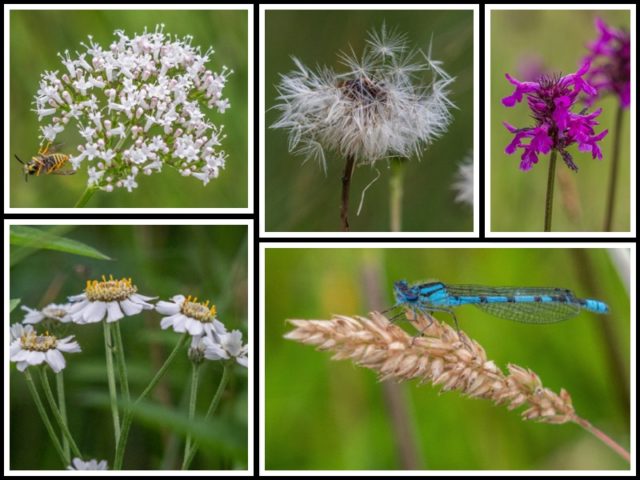 Our visitors arrived much later last night than we expected, just before 11pm, in fact.  Drink was taken, tales were told, jokes were laughed at and much later than normal, we got to bed.

This morning they were up fairly early and we were up soon after although my head felt a bit thick.  That was when our other visitor dropped in.  Scamp said there was a bird sitting outside the front door, not a little bird, she thought it was a pigeon and it wasn’t looking too well.  Murd said two big black birds had ‘had a word with it’ and it perked up a bit after that.  He said he thought they must have been doctors 🙂

When I opened the front door I saw, not a dead pigeon as I expected, but an apparently live but unmoving kestrel.  It was a bit battered and its eyes were closed, so I feared the worst.  Then its head moved, so it was probably just dazed.  Maybe after hitting the bedroom window and falling on to the grass in the front garden.  I put on a pair of Scamp’s gardening gloves because that beak looked sharp, and gently lifted it up.  Some of the feathers on one wing were splayed out, but other than that it looked ok.  I pulled out a bit of dried grass from its wing feathers and smoothed the wing down. That was when it opened its eyes.  Wow!  Such beautiful, bright yellow eyes.  It looked at me, shook itself staggered a bit then flew off across the road and landed in a tree.  I think it must have been a young bird.  Lovely chestnut coloured plumage, and oh, those eyes.  A great start to the day, and my thick head had gone.

Scamp drove us in to Stirling today and we went for a curry in the usual restaurant, we both had our usual starters and mains too.  Creatures of habit.  Afterwards I went to the bookshop and was intrigued by the title of one book:
“The Genius of Birds” by Jennifer Ackerman.
I wonder why that one caught my eye.  Managed to download it when I got home and will add it to my Kindle booklist tonight.  We both wandered round BHS which was closing today, looking for bargains, but there were none, just junk nobody wanted.

After that we went to Waitrose and I got a big lump of ribeye which I cut into five steaks when I got home.  That should keep the carnivore in me occupied for the next few weeks.

Went out this evening to get some photos in the rain at St Mo’s, being careful to stick to the path.  Don’t want any more ticks.  Surprised to see that NLC have created an avenue of trees and reseeded the wild flower areas.  They must have cut out one of the councillors junkets to pay for that.  Light was terrible with ISOs in the thousands.  Last week I was struggling to keep the shutter speeds fast enough not to overexpose at ISO 100.  That’s the difference in being down south and up north.

More rain forecast tomorrow, so I doubt if we’ll be going far.

I can still see those yellow eyes.  Wish I’d thought to take a photo.